Transition between Season 11 and Season 12

Well Season 11 ended, I will review it all later. I didn't really keep up with it but I plan to change that for my upcoming Season 12. I am going to begin it on Super Bowl Sunday, where my NY GIants are competing once again just as they did in 2008 against the Patriots. This was significant for me as 2008 is when the Law of Attraction really started to work some magic together with me. I want this year to be just as amazing.

Oh wow...what a marvelous season this is for me. It's day 30 and so much is going well for me.  I've had some rough days, but I bounce back like never before. 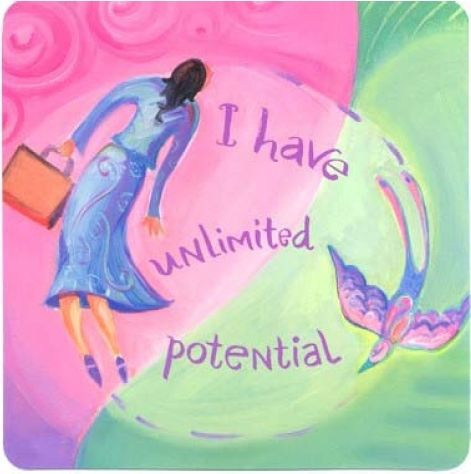 My daughter turned 18 and I felt so much resistance about the choices she began to make...but I've pushed through it in a magical way.  The Universe is showing me exactly how to master the art of letting…

It's been two days with a bit of a slip back again, but I'm not going to beat myself up for that. I know that there's some last bit of the past that I need to deal with. Fear and Forgiveness.

F got in touch again, second time in a week - in his signature familiar and vague way. Strangely I know what he's thinking and feeling - a feeling of lost. No matter what his life is at the moment, there's a part missing. The same with me. And either of us has a way of figuring out how to fill up…

Details in the Fabric

This song has had a profound effect on my life...please take a listen:

If it's a broken…

After my meltdown on the homefront last week....I think allowing myself to feel EVERYTHING has been amazing. I have been realizing what got me to the unfeeling place that I was in. It's amazing how your defenses can build to the point where you are shielded from so many things---people, etc. I have imploded over the years and my circle of close friends shrank. I didn't trust....I felt like people would judge me for being me. Wow. I didn't realize that all of this was going on with me. I am…

Had an absouletly (yes i miss spelled on purpose ;) ) amazingly beautiful day spent talking about our true selves yesterday during a spiritual gathering (conference, seminar or what have you). Released alot of emotions during the visualization meditations. It was the best 8 hours I spent on a Sunday getting to know myself and perhaps a glimpse into what's going on these day s with the world. Although, nobody has the answers because if we did then there's no expansion or evolution to for our…

I joined this site a little under 2 months and at the begining I was very excited and checked in almost everyday.  Since Christmas, I have not been as regulars about updating - not really sure why that is.  I have been enjoying reading the blogs and commenting on some.  Although I have not posted my own blogs, I have been setting intentions, and one main one is - making it my dominate intention to be happy.  Sounds so easy doesn't it.  Well it is, I guess when you know how.  Week begining…

Yesterday we went to an investment seminar. We walked away with just enough information to make us dangerous..LP's and LLC's and Corporations, etc. The ball is rolling!

I've been talking for quite sometime about buying property and its time to make that move. I'm in real esate anyway I might as well be on the end that makes money. My oldest son is living home so he is going to do the rehab work on the properties. Next we just have to decide to rent or flip. My feeling is we are at the…

Good Morning Everyone. This website is so positive. I'm still having this feeling something amazing is going to happen to me financially..I can't wait to see what February brings.......I'm thankful for all the positive things that has happen to me. I hope everyone has a amazing day........

I had a hard week...now its monday and I want to start again!!!

so here my things what will happen:

- I ll finish my exam with a great mark!

- I can study the whole week with my brains and hearth, I love it!

- I love to learn

- I love to learn my study

- I have a perfect Love Life

So I'm finding that I'm waking up nicely early these days.  I think it has a lot to do with the fact that I'm not having the "odd" glass of wine in the evenings.  lol makes me sound like an alcoholic, I'm not but I have found over the years it's very easy to slip into the habbit of having a glass most nights.

Being sick stopped that and even now, my body feels like it's on such a fine balancing line that I don't do anything that will push it in the direction of ill health. …

I feel the need to make my intentions very clear for what I want. I feel that my success hinges on being more clear about what I want.  I want to feel passion about my life. Obstacles are just something to be passed and to be overcome.  I wish to feel strong.  I intend to see synchronicities at work in my life.  I intend to fill my my clientele roster.  I intend to enroll students.  I intend to be passionate about taking care of children.  I intend to have time to take care of myself and my…

I worked this morning, but the customers were lacking. I left early to go to this meeting for an all black group that I am involved in. It is funny but it is the first time that I have been participating in a group like this. I will be stage managing and finding a "story" that I want to tell that highlights some portion of the Harlem Renaissance. I truly desire doing an amazing job. As soon as I left the meeting to go to my acting class my scene partner said he was not able to go, and that…

Bit of a contrast to yesterday's vitality.  I have had a very low energy today and felt it hard to motivate myself to shift the heaviness, there was a bit of avoidance going on also, of not wanting to see or hear what was going on for me.

But I don't give up hope, I understand why I was tired, I just need to find it in me to nourish myself when I am feeling like this instead of beating myself up about it.

I'm in the end now of the second period, the doubts are coming because of the silence in that!

Cause i'm thinking that i'm doing something wrong!!!

It's fear with another face.

It is crystal clear!!!

Since i understand that there were some very important conclusions

My main goal for this 100 days has been to recover from a long (long) period of insane stress and pressure.

I'm really starting to get there. Pressure has been taken off at work and I feel like I'm starting to get on top of things. Now the pressure is off (well, still pressure, but normal life pressure rather than crush your soul pressure!) I decided to just chill at the weekend.

My new outlook for this week ... x

Hello all my beautiful co creative friends. Hope you have had or are having a wonderful Sunday.

Just thought I'd give you a quick update regarding my challenges I had last week.

My challenges regarding my new apartment are still there. I am slowly finding solutions for them but i have decided to just sit back, relax and trust that they are going to be solved. Worrying about them only made me feel worse and last week was so stressful. Now I'm beginning a new week with a new… Continue

So this afternoon I downloaded the book "the game of life and how to play it".  It's very much like The Power of the Subconscious mind, int eh way it's written and there are some bits "godly" bits that don't sit altogether right with me, but if I change god to universe or source it feels better.  Either way, it's been great for just reminding me yet again, YOU GOTTA JUST TRUST that you can have what your asking for!!!!!  You got to focus on where you want to go, what you want to have, etc.…

The day I plan to start

Wow! My dreams last night where just amazingly vivid and wild. I don't know where to start. I've always been a dreamer but last night made me feel all stired up. Ever since I started to take time to get better my dreams have been increasingly vivid. Not that they are all good dreams.  I had to roll over and write it down while I was half way asleep so I wouldn't lose the details by morning.

Anyway I have a lot to process today. I'm not a very good…