Oracle decks! A very power positive tool in my Season 5!

The season 5 is running and the love to myself increasing each day.

Peace is one of the things I have experienced as the clarity comes to my life and this season is particularly special because I introduced to my power the oracle decks!  YAY!! To receive positive messages in your journey is so refreshing!!

I'm in such a good place right now. I'm hopeful, I'm confident, my mind is clear, and I know that anything is possible.

After reading The Game of Life and How to Play it by Florence Scovel Shinn I feel like something has clicked inside of me. I believe in God but I consider myself to be spiritual rather than religious and there have been times in the past when I struggled with how to incorporate…

Amazing Morning!!! God is Good All the time...

Good Morning! I have to say January has been a awesome month for me... I have been blessed...I looking forward to what February has to bring....I'm sure I will be a millionaire in February...I want to change people lives....So I want to manifest 50,000,000 to have the resources and tools to have a positive impact on peoples lives...I know its on its way....I can see myself going to Topeka holding that check in my hands with my parents....Life is good...Its going… 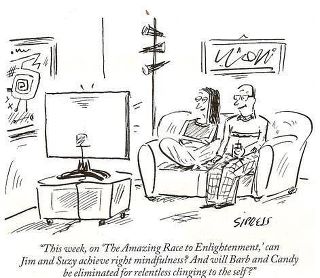 Wow I had a lot happening again and it felt good to disconnect from the computer for a little while. I'm still not done with that disconnection! lol My DAD got to Maui and I will have a week off! I am committed to lots of fun and joy!!! :)

Well I'm not particularly doing anything major with this but I like the fact that I'm blogging something every day.  It helps keep me focused on what I want to be doing even if I'm not doing it.  lol

So I said last night about the 3 steps that I feel really help me, when I do them.  So today is the day i start again.  Wouldn't it be great if I could do them all every day for the next 93 days!!!  That would be something.

When i say visualise, I find this quite…

If anyone likes movies, I enjoyed "Midnight in Paris". It's a great metaphor for following your bliss and accepting miracles in your life. Expect perfect blissful excitement and adventure, that is what we are living.

It is crazy how the world works. I really didnt want to do my scene again in class, I mentioned how I negative self-talked myself after my performance in class week, and I did not want to do it but I was obviously going to push through that and do the work this week. Right as I was walking into an audition for a student film my scene partner's wife called me and said he was in the hospital and hurt his back and wasn't going to be able to rehearse. (I really did not have the desire to) I…

It's a very late one tonight, I had a wonderful day with family and friends to celebrate a joyous occasion.  I felt good about myself - amazing what a haircut can do!  I also finished my 28 Day Detox today and I feel so much the better for it.  It reminds me how our bodies and souls are one, as we look after one aspect of ourselves it is reflected in another.  For me I find being happy with my body gives me confidence, not just because I feel I look better when I am slighter but more because…

Feeling even better than EVER !!! My first day out today, went for a drive up to begin my spring semester at college. My counselor signed me up for this class by accident, but I'm the type of person that doesn't see things as accidents, I see things as signs and nudges from the Universe. Of course I had to check it out to see if it was something that I needed to experience. Then I got my first test from the Universe to see if what I had learned over the several weeks had really impregnated…

Feeling a lot better about everything which is great.  I want to get back to really practising the things that I know bring me peace of mind, and all good stuff.

For a while I had a book in which I had a tick list of the three things I thought I should do every day to create a wonderful life.  The three things were meditation, gratitude and visualising.  I did them all for a long time, but then I guess I just stopped.  But that's ok, cos I can start again.  I know it made a…

I'm having a wonderful day.....I had training this morning for work....then I ate breakfast and went to the mall with a friend from work. I'm so blessed....I've been receiving more money than usually...I'm going to be a millionaire.....I'm so excited...Its going to be my graduation gift....I donated money to Kansas Humane Society....and I also paid for breakfast....Life is good..

So today has been a bit of a rollercoaster of emotions!

I'm currently looking into fostering and have been on and off for some time, but recently there is a certain child that I got stuck on "being able to help", and thankfully my lovely, lovely friend Carrie reminded me of their place in this wonderful co creation too, which has helped me step back and get some perspective on it.  But it's still shaken me up a little.

I've been on my own with Lucy for…

Today I bought a journal that I will be using as some sort of mini vision board. Yes, I stole this idea, but I totally love it!! I also bought some gluestick, scissors, and felt-tips (?) in 30 colours. This will add greatly to the coloured crayons I already have. I am currently working on a picture that has - as most…

Wow ! I didn't expect it. But I'm really angry... I had a big contrast with my children, it was so painful... I looked at this conflict and said to myself : You have created that ! And you know what, it was terrible... They aren't listening to me. They are doing whatever they want to, no matter what I'm saying... I was so powerless and so sad, it seemed to me so unfair...

I had a very sad dream yesterday. I realized now that it was the… Continue

Today I am especially proud of myself as I think back to yesterday. When my other half and I were talking about an upcoming project…things got a little heated up. Then the little voice that often helps me check in with how I am feeling? Am I in alignment? Am I feeling good? Helped me check my alignment. As I wasn’t in alignment, even though I was fuming I kept my mouth shut. Slowly I calmed down. Kept on reaching for a better feeling thought. We completed our conversation in a civilized…

Once in a life time chance?

Who knows for sure, all I know is that the big successes in life start out with big dreams and that's what the dudes at WAZZUB are all about.

WAZZUB looks like it has exciting possibilities. I have to admit when my friend invited me I wasn't gungho right off the bat, being the kind of person I am I had to check it out pretty thoroughly to see if it was legit or a scam. I saw articles and blogs stating it was "probably a scam" without any real proof of that being true and not…

The first two working days of the New Year went on well. Lots of happy new years and am making good money with red pockets. It's great to see my colleagues after a 5 day break and I find I actually missing going to the office and my job. We had a fabulous new year Fondu gathering last night and food was just brilliant.

Though this morning I found myself slipping back a bit. I woke up with a dream about the past (first time in two months) and it was a very realistic dream that I just…

Right now I'm trying to take every obstacle as it comes; I need to show God that I can handle this so that I can create what I need to create in this world. Just keep focusing on taking it day by day. Everything is in a process of change and repair, and everything is happening for a reason!

"In times of difficulty, pray and ask God for His power to sustain you on the path. Declare your determination. Once you have made that proclamation, then on your own, decide your course…

I had an early early morning. I went home and took a nap, and then I had a rehearsal with my scene partner. I still did not find much time for my work on myself. ie. morning pages. I have to say that I have been listening to a lot of my tapes and I know that with my on-going repetition of these transformational practices I will align myself with the career I desire and the love I desire. What else is possible?