Day 28: Juggling all the moves Life is bringing to the dance floor!!

I have been so busy in the last three days that I haven't had the time to report everything that's been going on. Let me try to recap:

1) I took Rikka's activation on Sunday and although it was very good, it reminded me why I've chosen not to follow any program in 2014: because I get confused with other people's path and I lose my center trying to practice tools that are not completely aligned with me.

Today was a super chill day. I slept in until 12:15! That's crazy! I guess I really needed it though. And then my sister came over and we baked together. And tonight I have a date with this guy I met at a concert on the weekend. At least I think it's a date...I wish people were more upfront about that. I'm like 98% sure it is haha!

I'm trying to breathe through the moment more, last a few weeks ago I was kind of in a rut. I was chasing all these things I wanted while feeling…

Day 1 Getting Back on Course

Getting Back on Course

I love watching television and I’m not ashamed to say it. I also love watching movies, and reading, but television is my preference for entertainment. I love watching a show and I am able to relate to the characters, or I feel empathy for them even though they would be considered the villain that in my opinion, is a sign of a good show. When I was younger my dream was to live in New York City and audition for Saturday Night Live, I love…

what's up? how's your season going?

it feels really good to be back here and to make the effort every day to practice the universal laws of attraction, deliberate creation, allowing, action, and so on. life feels a lot more simple and graceful and exciting and peaceful and strengthened today and every day thus far. one of my intentions is to improve my environment of both my living spaces and my work spaces. This morning my new mattress and box spring arrived, and I…

Rampage of the day

I can picture my perfect life. I am a writer and nurse. I live in the Mediterranean. I can see myself walking through a sunlit street, my hair swept up, in a lovely light pink sundress. I feel the warmth of the sun, smell the salty scent of the ocean air. I am on my way home to a white stone house with a garden full of poppies. I care for patients during the day, and write at night. My second book is about to be published and will be met with positive reviews. I travel often, and…

Stop Flirting With Your Dreams

Nobody likes a tease.

You know you do it. Play around in your mind that your dream is going to happen. Maybe even imagine yourself reaching your goal. Knowing that you have no intention to see it through. That’s mean and cruel punishment to you. Sooner or later as we all do with teasers, we call their bluff. Asking, are we going to do this or not? This is where you had enough with just dreaming and you’re going to have to…

I got mail from the theatre that is going to hold the audition, with instructions.

I got more positive emotions from the fact that a friend send this email about the audition,

because, things that has manifested in my life always came from someone o…

Just last night before sleeping I was listening to a video about signs and synchronocities by Abraham. I was remembering the time  around this time last year, when I was a bit confused about going all the way and seeing this guy or not who was miles away. I just needed some confirmation I think since all my friends were against it. I had just come back home...n u know you sometimes switch on TV while… 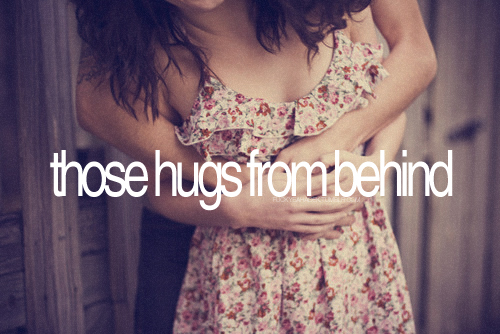 season 11 day 3 vision board and affirmations And the cool thing is... so are… Continue

We had Australia day yesterday which I have spend with my friends by the ocean.

I had interseting conversation with friend which I see time to time and which made me realised that he sees me as someone who I am not based on event which took place four years ago, which doesn't relate to him at all. I am not the same person now I have been searching for authencity in my life and relationships and I have this urge to set things straight with honesty. As I am writing this now I am…

Back Again! Been away long time ~ call for positive energy!

I have been away a long time and adjusting to a new location, work in unfamiliar environments and networking for new friends.  Missed you guys and look forward to catching up!    Sending many good thoughts your way.

Here's to a BOLDER New Year!  I don't know about you, but I've been hanging back - WAY back. In general.

And yet, now is the time to put ourselves forward, trust in what we have to offer and…

I came across this story today that I thought a lot of you might find inspiring. I myself, wonder sometimes, how and where I'll meet my "THE ONE". Its been a while I met someone new. Anyways, so yesterday I had gone out drinking, and saw this amazing guy....actually what caught my eye was his shoes initially...;p...I loved his shoes! Actually he…

So here for me this is a new season. My primary goal for this season is to make an effort to simply practice and reflect on my spirituality on a daily basis, meaning that I treat every morning like my church, whatever that means to me that day. I have about 40 or 50 goals or intentions that I could list here, well sure I'll list them here haha and see when exactly they manifest. Imagine if they all manifest in this 100 days? That'd be crazy and… 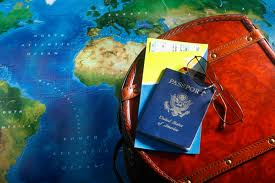 Manifesting: Getting More of My Work Published