My intention for today was to be energised and efficient in my work and to feel in flow.

I also set myself the task of recording the first lesson for the first module of my new digital program and while I did do that I'm not happy with the quality of the recording so I have purchased screenflow and will now need to re-record it.

Lessons I learned from my coworker who just left our physical realm (a sentimental, sad, yet positive post)

What I learned from my coworker ,who left his physical being on March 22, 2013 after a 2 year battle with cancer.

Try to always give others the benefit of the doubt – I never know what their story is.

Do not jump to conclusions about why someone is behaving the way they are – maybe they are having a frustrating day or maybe they are battling a disease that is slowly taking away their physical life. Whatever IT is, I simply do…

Last night was peaceful, we rested quietly all night. I am grateful for this. I am looking forward to beginning this season 7. I am recognizing my baby's kick. It doesn't hurt me or anything, but it feels funny lol.

I just lost 2 youtube recordings in a row so rather than risk throwing things at my computer I figured I'd type this one out!

I spent some time watching the video's and reading the blogs from my last full season and boy has a lot changed since then!

A beautiful new home, moving in with the love of my life and a change of business focus just for starters.

Long time before I wrote my last blog. Between this blog and now I worked a lot. Over 50 hours working is definetly tooooooo much. My body is mad about that. Do I want more work, less freetime - more stress, less joy? The answer is simple: No. I have to change something: NOW!!!! My body shows me, how it is suffering. Caught a cold and feeling weak and exhausted. Today it´s a new start.

This morning I started with a really healthy breakfast with lot of vitamins. I´m soo happy…

I have a drug addict neighbor that keeps high traffic throughout the night, EVERY NIGHT!  If it's not waking me with sharp tapping on glass window, banging for hours on the gate, or the consistant fighting every few hours; its some other disruptive behavior. My lease is up in May. I am five month pregnant and needing my sleep. Perhaps I'm pregnant due to all the sleep overs at the boyfriend's to escape the neighbor's chaos.

Can someone help co-intend a larger, peaceful…

Oy. Today was incredibly difficult. This whole week has been really hard. My sister announced she is pregnant, yet hasn't told the whole family. The family is not going to look favourably upon this. They are very conservative and she's 21, not married, never went to university, and has only known the father for six months. This has been causing me more angst than I can articulate.

To add to that, I have six major projects due in the last four weeks of class, plus two…

Yesterday was my birthday :)

Using my birthday to consider my progress and feel a fresh start. I have a lot of hopes and dreams that I am really pursuing this year, namely to jump start my career to earn significantly more money and also to buy a house. These are really huge goals for me. I am so excited about them and I really do believe that they will come true (despite much fear too). So I am trying very hard to push through the fear. I am grateful for being in a good place right now. I received so many birthday…

Yesterday I worked late, So I am posting this now! Oh my goodness! The wonderful  and exciting things that have been happening ! I love life! Recently, an acquaintance of mine was at my work. She gave me a pretty exciting business proposal!

Today, (Day 12), I woke up from one of the best sleeps I've had in weeks! Then I took my dogs outside and I found $0.60 on the ground! What a way to start the morning off.

I have a dresser drawer that hasn't closed right for awhile, so I…

It's finally here, friends! We made it. On this, the vernal equinox, we can allow our souls to thaw and rejuvenate, inhaling light and harmony and acceptance and renewal, and exhaling love and compassion to the entire world. 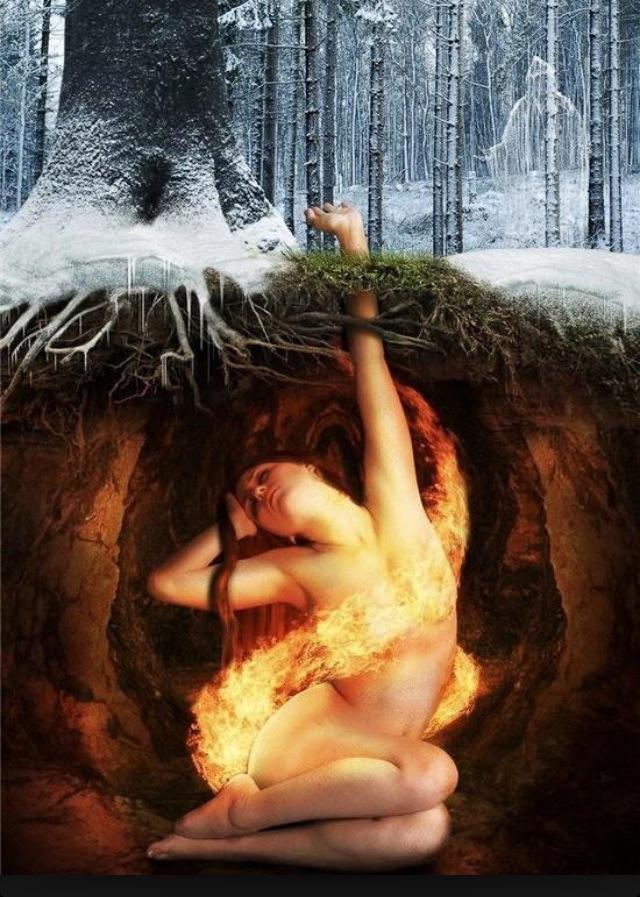 day 1 achieving my mind state to be fully focused and thankful for all that I have, see , and do.