I set the intention that I wanted to be a dream men magnet.  I HAD been attracting guys, but nobody that I liked.  And I wanted to turn that around.  I realised, of course, that I had been focusing way too much on the not wanted and needed to switch focus.  I haven't spent loads of time on it, but I made it a priority.

Well, these are the techniques and thought

processes and so on I used.  If more come to mind, I will add them and I'm also going to write about where…

Have I accomplished anything on my-page-list?

I just got this book to start my 12th season! It's by Kamal Ravikant. I'll let you know how it is.

Season 11 was not great. It was the first time that I didn't accomplish something substantial. And I actually went backwards with my health.

I must succeed at my goals for Season 12. No choice. End of story. I need my health back because I have a lot to do! I have to take care of my 2 boys and I have to take giant leaps with my career. And I must move closer to buying a house. I… 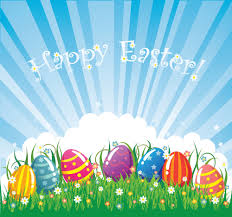 I think I May Be Onto Something Huge!!!

I was recently on Facebook and saw an ad with Joe Vitale and his new "Secret Mirror Process." I don't mean to bash on any spiritual teachers because I do think they mean well, but lately something has been knocking at the door of my soul and asking that I listen.

Day 2. I am quite surprised, baffled and super excited today. Yesterday I started the reality challenge and I had a nice plan what to do, what to read and guess what, it took me to a totally different places than I thought. What am I talking about? I was supposed to read Gary Zukav's book and I did but I have not finished it as I planned because I was carried away by video after video after video (mostly Lilou's…

Good Morning! I am awake and happy to share with you.

So far I've been a busy lady, closing out my second trimester. I have been attending events and preparing for the move. So the networking has lead me to a client referral and I am back working. Woo hoo! I am moving out this apartment beginning today. I am grateful to have help. My friend and child's god father has sent me assistance.

I recieved a letter from Wells Fargo that $19, 000.00 of my personal student loans were… Continue

Hi Co-Creators! This is the first day of my 100 day reality challenge and I am super excited to join you all. My primary intention is to really be able to discover my "real self" or "true self", connect with it and have enough courage to follow whatever the guidance come from within. For years, years and years I have felt as if I am living someone else's life and that I am not really myself. I trust others more than I…

I feel that I am still , a little, trying to force things a bit in order to make things happen.

My little challenge is quite challenging and I like it :-)

So I did post few days ago that I was starting 40 days challenge doing yoga or some other kind of exercise, setting my intentions and writing in my gratitude journal everyday I was only two days into it and Wednesday happened  or life happened I was working all day and after work I had few errands to run and came back ready only for bed. So I haven't done by meditation or my writing, or intention.

I am still on track.

I did prepare some material for the first meeting. I wrote down what my

monodrama is about and the themes I now found upgraded the dramatic text. ( I was going

to change the dramatic text anyway, but now I know…

Today I remembered that I had signed up for the 100 day reality challenge. I set my start date, as 1st April 2014 and then feeling happy that I had made the intention, forgot all about it.

Today it dawned on me that I am 11 days behind. Except I am not. Yes, it is 12th April and my intention was…