I was standing on top of the mountain, as the summer wind was dancing around me. White Cloud said I looked like a young warrior standing on the mountain, passing through time. From that moment on, he called me, 'Spirit in the Wind.'

At times, while we were meditating, he would break the silence with laughter. He's shout, "Spirit in the Wind, your meditation is wondering tonight. You're holding onto feelings that will only cripple you in the end. Your freedom of thoughts become… Continue

Well I've had a great weekend. We had family down the whole time and while at first it was stressful, as soon as I realised a few "truths", I relaxed and had a great time.

We went to see the Royal Philharmonic orchestra in the park last night...and whilst I moan about being dragged every year, it actually (with the aid of a few glasses of wine) was an excellent night. Jools Holland is playing tonight which is much more my cup of tea.....however, couldn't do… Continue

Not inspired to write a blog today because I'm feeling like shit. Had a dream about Debbie Ford, whom I've just become interested in, invited me to lunch. In the dream it made me want to cry cause I couldn't believe Debbie Ford was inviting me to lunch. She said anytime. Dreamt strangely all night. I'm beginning to think I"m real fucking lonely.
A bunch of bullshit has it's hooks in me at the moment which I won't go into at the moment. I''d prefer to let it go but am finding this difficult… Continue

Y'know, I was having such a downer day the last time I posted that I really didn't get to explain just how miraculous my UK trip was. From "randomly" running into friends who had no idea I was going to be there, to getting free dinners, to having places to stay, meeting new people, eating wonderful, safe travel, sneaking through security (like 8 times) with way too many carry on items. Everything worked out so amazingly. It really was a testament to me of how the universe works on our… Continue

A little piece of peace 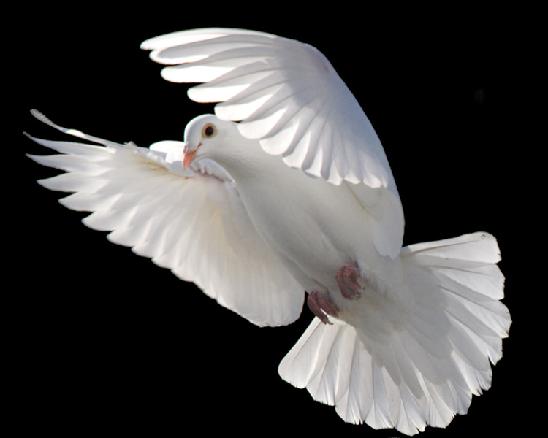 Peace has been a major issue for me in my travels of late.
First there was Nepal, a tiny country torn apart by ten years of a long and bloody people's war. Peace is not a word I would apply yet to the situation in Nepal, something I have learned is that politics and peace are not happy bedfellows, but still the elections I witnessed there was a resounding vote for peace. On polling day, the people queued and applauded when the booths opened and I… Continue

Thrown for a loop

My posts have been so upbeat that some part of me does not want to write this but then another part has to. I got let it out somewhere a video seems to public and if I post on my regular blog I will get all these comments that I have to reassure people with. I think I just need to vent and not worry that anyone is even going to read this.

Anyways I wrote my writer friend Jullie and said I would be happy to read her work if she wants me to. So she sent me a 5,000 word story. The… Continue

Internet is back at home and boy, that's great news.
It's funny i've just read my last blog from may, a bit slack here, but I was very optimistic. Well June has been very proving and tough but these days are way better than end of May/Early June. I am grateful for that. it's not heaven but in comparaison, a small step has happened.

In my email I recieved the new form from CCOR about the profile and there's a section about asking what season and what date. Well with what happened… Continue

Hopefully, I'll resume my 100 Day Reality Challenge on Thursday, thus preserving the days of the week (so that Day 100 will still be a Tuesday). However, it does strike me that so far I have not been hugely successful in manifesting anything good. In fact, my attempts to manifest prosperity have only lost me money. Which is exactly the opposite of what I wanted. And rather than manifesting anything good, I've managed to lose good stuff I had. And I did visualise finding it, but that didn't… Continue

Hi everyone i just wanted to firstly thank Taragh and Chris for organizing the meeting on Saturday and everyone who showed up especially Megan and Zoe. We had such a fantastic time, it was great seeing some of the UK members that i haven't seen before. I can't say enough good things about it, we received a gift of hand made chocolates from Kat and fantastic hand made beaded braclet from JewelChic herself, all the attendee's received the same design which makes it even more significant. Thanks… Continue

How can things happen when we are confused??

Today I am having one of those confusing days.
last night I had a talk with my boyfriend about us not seeing each other enough because of my job. I work shifts, night, shifts, weekends, bank holidays...and he works Monday to Friday normal hours. we don't live together and you can imagine the time we spend together is very little. yes, sometimes two hours per week.

I want to change the job and find something where I can do normal hours as he does, so we can be together more. And… Continue

Day 83 S1 - Discovering my authentic self

Today I got angry about something little, but the anger was deeper than that. It wasn't about the situation that caused the expression of anger, but more about me. In the last couple of days I have realized that I have not been true to myself, and I have been taking care of others when they are more than capable!

WHO the heck do I think I am to be a caregiver to people who can do it for themselves, and here I am denying myself of simple things in order to allow very capable people to… Continue

"I keep the telephone of my mind open to peace, harmony, health, love, and abundance. Then, whenever doubt, anxiety, or fear try to call me, they will keep getting a busy signal-and soon they'll forget my number."

My first vision board manifestation

I made my virtual LOA mind movie on the 25th of June and on June 27th I receive an UNEXPECTED check in the mail from at&t for 100 dollars. If anyone has look at my video they will see I put I would receive unexpected checks in the mail.

Now that some fast work!

French at the end - Hi, won't be long today, I'm so tired. I danced the night away and it was pretty awesome. I'm practicing Salsa since a few years now but don't took a lot of group class, so I don't know a lot of partners. Tonight, by my thoughts, (and my looks maybe) I've manifested two new partners. Excellent dancers, really fun to dance with them both. I'm so glad ! I'm still shy to go and ask, especially good dancers. So both came to me tonight. How cool ? ok, got a go rest... good night… Continue

Today My Faith Is Renewed, Then Tested Again!

I did everything possible to get out of a state of confusion and low self-esteem last night and it totally worked. Between the input of the people in this community, the Louis Hay movie, and the Secret Meditation I listened to all night last night I woke up feeling wonderful. I feel more connected to Source and my eternity so I have much more courage to face any possible changes that come up in my life.

Hello All! Went to drop my daughter off in San Jose today and after that Roxy, Ivy and I all went to Santa Cruz and tripped around for awhile then shopped at the outlets in Gilroy.. Excellent day.
Still very grateful for all I have, and all I will have. All I dont have and all I wont have! Loving God and myself.
Goodnight all, I am burnt out and need to go mimi's now.
Sandy

day 67 thru 72- the inevitable circle cycles

day 12 season 1 I don't know but I think there are certain days when you don't want to do anything.

Yesterday I was very excited, I had received a great notice about my salary. I was really very happy I went to church to thanks to God with my husband and my son. But today when I woke up I felt something weird and I had a headache. I tried to say my grattitude affirmations but I couldn't concentrate. In spite of my salary increase I was worried about some debts with my credit cards and everytime I tried to think in other things, my thoughts returned to me.

I remembered some words… Continue

Yes, I can!
I am ending my first 7 days of co-creating my reality; in the recent days, I have created my first vision board, purified my intensions, received timeless/life-long motivation for becoming independently wealthy and great. Because I had practiced meditations, prayers, visualizations, journaling, running, setting intentions, etc, I now have new/clearer intentions and sense of God and the universe's guidance. God and the universe guidance has brought me to appropriate material for… Continue

This morning at 8am, I met my five MM girlfriends for one of our every-other-month three hour sessions. It was fab, as usual, and I am so appreciative for this amazing group of women. We're on an transformational journey and have been together for almost seven years in one incarnation or another. I always hear bits of wisdom I can take with me whenever we get together. We were complete by 11:30am-ish and it's been a very quiet and relaxing day since then.