Wow - so much has happened - ups and downs but I guess it's all part of the process.
1. I have the location
2. I have sent the packet to HQ
3. I have some of the money
4. I am becoming a better teacher

Some of the challenges are:
1. I need more money to make it all happen
2. I need the Lease Agreement to work in my favor
3. I need approval from HQ
4. I need the NC house to sell

The other post being introductory I didn't think it wise to update stuff - Besides - THIS is to a WHOLE OTHER LEVEL!!!

So just now while talking to my manager Mila, I realized that in addition to all the other amazing stuff that happened lately - like being nominated for best artist and preparing a huge gig and the red carpet walk to my movie premiere in the fall - (…

My passion is and has always been helping people. Since I was a child I wanted to be a nurse - I achieved that goal and loved doing it but realised that wasn't enough. I have always done jobs which involve helping people, going that extra mile, doing whatever I can to help people, in whatever way that is. The reason I got into the business Im in now was to earn enough money to become financially free and be able to give back/help people in whatever way I can.

I have a… Continue

uff today started heavy and confused.
alot of anger, frustration and wanting to escape plus blaiming my surrounding.
ufff...
i strong whish to leave the city....move to the country or at least spend longer time at the countryside.
alot of scepcis. thinking about how i would like to quit the relationship with my mum.
just opened a page on my : selfconfident now,! book. and it said become aware that you can achieve all
your goals by yourself. this is the… Continue

So... I have now officially taken on a challenge that can be witnessed by a whole bunch of you - so it is now official : I can't flake. Well I can, but then I would not only be losing face in front of my mirror but also in front of a whole forum who have managed to reach season 300 thousand of their 100-day reality challenge and in addition to whoever googles 'season 300 thousand of their 100-day reality challenge' - great!

So. I could start this first blog with introducing…

hi today i feel all strange i going to start a journey of my lifetime. i out to change my life for the best forever. well here goes off now to get the info to start a real change in my life. if others have advice on being healthy please leave messages it would be appreciated.

Today i woke up feeing GREAT!!! Last night i meditated and i asked my heart to lead the way for me! I know my heart knows exactly what i need and want! At the same time, i was going to go out and make an effort! A few days before the new season started, i told myself i would go out and pick up the vibrations i want! So, on wednesday i made plans to do a big job! I signed up to test drive my dream car... 2010 Range Rover! After i signed up.. i felt a good feeling.…

Day 64: Slamming on the breaks.

I feel like I'm a slow moving car wreck. Ok at least maybe one waiting to happen.

I know working 60 hours a week is starting to take more then just my sanity and my sleep. I've decided that when my friend Rachel who also works with me at my part-time job gets back from her vacation I'm giving her one of my shifts. Permanently.

I've stretched myself very thin. Yes I know I'm a bit worried about keeping my job since the current 40 hour a week one that I have is a temporary… Continue

Just finished Day 2 of my Season 4!

Feeling great! I attended a Nia class this morning and really left feeling integrated! It is amazing how freeing Nia classes are. (This was just the second one I've ever attended). I also created a new list of "triggers" so that I could create a new "pivot" list. More on this tomorrow, (or actually later today rather)! It's a simple concept that produces excellent results.

So two years ago I considered starting my first season, but I felt the energy moving so quickly and it scared me. I wasn't ready. I AM NOW!

Funny thing: I pretty much want the same things, although I have more clarity regarding them and I want some of the same things for very different reasons than I did before.

So here's what I'm focusing on this, my REAL first season (day 2):

I see myself being 20lbs lighter than I am now, and I will achieve it…

One small step to a leap of faith. 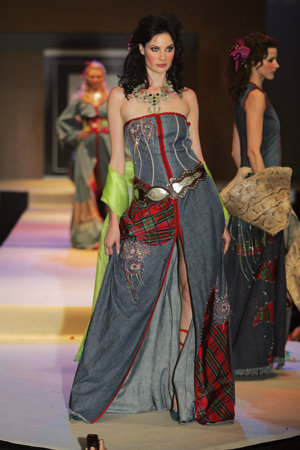 I do achieve a lot more than I could have ever imagined, in a very small amount of time, without hardly any effort. I will focus on creating and designing and open my heart to be inspired and motivated. one small step, to a leap of faith, the belief is so strong, that its all in front of me to see. I can touch it, feel it, don it and sell it!… Continue

I’ve been carrying on a mad, passionate love affair for the past decade or so – with the Hawaiian Islands. They are truly one of the most magical, spiritual, sacred places on Planet Earth. Every time I go back, the land has welcomed me with open arms, attracting people, places, and adventures that have truly transformed my life. I know deep in… Continue

Hope you're all doing well. I am doing okay. I survived another day of moving my stuff to my parents house. And now their main floor hallway looks like a storage room, and as well their garage. I feel really bad that I created such havoc. Hopefully, I will have an easy time organizing things back to the way I want them. However, the tricky thing is my parents are also planning to sell their house in the summer. So it should be clutter free. It feels like I am… Continue

This day had a very nice flow to it. I was amazed that first thing this morning, I was like being LED (like something was helping me) to take care of a lot of things around the house that I'd been putting off. Everything was in harmony- and like "on a roll" with all the tasks, so I kept on going. Then I took care of four (yes 4) business matters in the afternoon - and am proud of myself for getting all of that done. It's a very good feeling of things well done.

This morning what I…

It is my Day 2 and today was a pretty good day. I have to say that I notice and recognize when my emotions get low.
I used to allow myself to sit with these emotions for some time but with practice and this being my 3rd season the past few days I find that I am living more in the vortex then outside of it! It feels very good. =) Of course!
I am also finding myself absorbing information on this expansion of…
Continue

Death reminds us to celebrate life

My 100 year old grand father died yesterday. Or should I say was born into another dimension.

Rather than feeling depressed for his passing I want to thank the universe for allowing him to live an extraordinary life next to the woman he loved. They were together for 70 years, had 5 kids, grandchildren and great grandchildren. He truly is a beautiful soul,

So day 1 of 100 days of renewal and reinvention begins in 2 days time - that means I have 2 days to really consider where I am and where I am going. I never thought it would be this quick to get to 50 and now that I am 53 I need to consider what's next. The past few years have really been the most difficult for many reasons - often chasing my own tail (if that makes any sense) chasing something elusive that I thought that I wanted - to be noticed, to be put on a… Continue

After sitting with a few friends, the answer came, I just need to go back to collage on a short course, to get me back into the rythem of designing and making some samples,being around like minded people will inspire and motivate me, I'm so happy, looks like I'm coming back. so just a phone call away to my next step. thank you all for sending me love and courage and words of inspiration, love you all.

What does this mean?

I love this network of co-creators because I can bounce ideas off ya'll and not get looked at like i'm crazy!

we all know that for the past few months i have been trying to manifest a truck for my hubby. a little back ground on that... back in october, my hubby switched careers and was driving ALOT. like 1.5 hours one way about 4 days a week. at that time he had a big ford truck that was paid off but the diesel fuel was killing us! we calculated it out and… Continue

I have been interested in politics since I turned 30... participated and helped organize some protests... volunteered for presidential campaigns. But this past year I have been angry with the way things are going. (I know we manifested the government we have) but there has been one man I always stopped to watch... Senator Robert Byrd. I was fascinated by him when I watched a biography of his life a few years ago. He is (in my opinion) one of the few willing to stand up to the…