I want my website to be a proper informative guide to the mass of self-help info out there - not just a load of links, but actually providing real information. My plan to put 100 hours work into the site is coming along nicely: seven hours in, and a workable structure has emerged for arranging it, with a number of main subject areas, each of which then has resources indexed under it. At the moment I've got a framework for four main subject areas (Relax & De-stress; Losing weight; Getting… Continue

RIGHT! This season I am going to get a proper website going, and my plan is basically to put 100 hours' work in over the next few weeks and at the end of those 100 hours I want it to be pulling in a passive income of at least 100 pounds a week. Naked greed! Or "generating prosperity" as I believe the accepted phrase is around here. Actually, 100 pounds a week isn't that much, but it will make a big difference to me. And I'm planning to do this without putting any more money into the project.… Continue

What I'm thinking of doing...

...though of course it's liable to change and develop and all that. I'm going to try to write some imaginative relaxation/meditation/visualisation scripts and record them - some basic ones for free and more amazing ones for sale. Until last month I was still using an old computer that didn't even have a CD burner. So now that I can actually burn CDs I'm hugely excited by the possibilities! That, and the processing power to do brilliant audio editing stuff. So... I've managed to get my details… Continue

Allegory of the Long Spoons

« The allegory of the long spoons is a parable that shows the difference between heaven and hell by means of people forced to eat with long spoons. »

« In each location, the inhabitants are given access to food, but the utensils are too unwieldy to serve oneself with. In hell, the people cannot cooperate, and consequently starve. In heaven, the diners feed one another across the table and are sated. »

« Given the same level playing field one group of…

dare i reveal how we have been misled
by values that want us to be apart
told only a fool could follow their heart
by demons of greed, reason, and hatred

yet truth is no stranger to…

from there we edged ever closer to hell
dying nature, fires, foul climes above
divided souls all longing for some love
while minds dreaded for them would toll the bell

and now a plague warns us with its dark chimes
to see we're tied, us threads of the same rope
against which…

is it a door i hear, a voice, a pace
or only an echo, a whim, a wraith
a breeze, a thought, a threat without a…

that there's no simple way
to…


what was there left to do
at the edge…

I will be using this forum as a daily Gratitude Journal, with 5 (or more!) points of Gratitude every day for 100 days!

Today, I'm grateful for the bursts of purple and yellow crocuses in my front garden. For the beautiful Allegri mass I sang this morning at St Clements, and for all my colleagues there. For the dear people I know and love from St Clements, musicians, friends, and parishioners alike! For my sweet Cheech and my beautiful studio,…

THE NEED FOR SELF CARE

I am so appreciative of the recent contrast I experienced in my life. It was short lived but the understandings I will always remember.

I was given a mirror of who I used to be in the form of a potential romantic partner. He was charming, but kind of controlling; knowledgeable but arrogant, claimed open mindedness but refused to let me believe and know what I know at this stage in life. I think he show me who I was before I went through healing but after I learned about law…

With Laura Duksta my lovely friend and co-founder of 100 Day Reality Challenge in 2005 in US!!!! 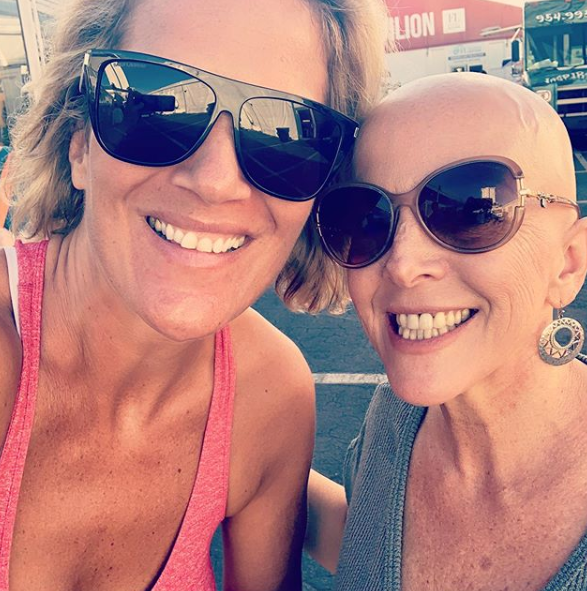 What Can the Law of Attraction Do for You? Is the Law of Attraction for real?

How do we know anything is 'true'? Basically we feel something is true after repeated evidence of such a thing. This is why it is easy for humans to believe any kind of truth. For example, many feel it is 'true' that Jesus is the son of God. They just 'know' it. Why do they know it? they have read enough stories and listened to enough people who say so, that they come to accept it as true. They internalise the idea as truth and come to feel it in their bones.…

Manifesting your Reality: The Law of Attraction and You

Have you ever had anxiety attacks? It's not a great feeling. It starts with the simplest worry or fear actually like in my case a deadline. I just worry that I won't meet my deadline. At first, it's manageable and in fact, I just ignore it. Then as I get closer and closer to my deadline, it becomes stronger and bigger than I can imagine. …

Employing the Laws of Attraction to Transform Your Life

People function difficult due to the fact they see it as one of the approaches to turn into productive. There's absolutely nothing wrong with hard work if you want to reach your objectives. A lot of individuals have confirmed to themselves that rewards await those that do not give up easily. But do you know that positive thinking can also do wonders for your life?…

Will Google Become Our God? YES !

If there is a common factor bringing billions around the world together, then it’s none other than the search engine called ‘Google’…