So The Chapter is Concluding. Day 48 Season 5 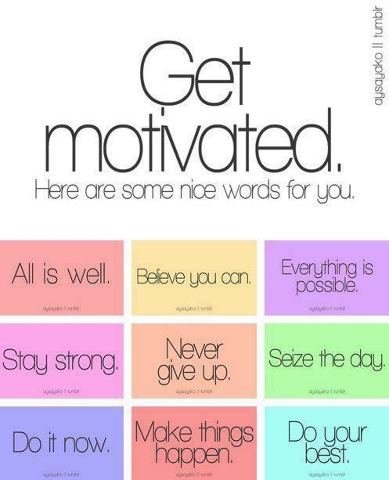 I am proud to say I have my own place again. I am grateful to even utter those words and it be true. I am grateful for everything from the carpet to the walls and the windows. I am also grateful the Detectives have called and told me they will be prosecuting my ex for what he…

what do You do?

Had a Rough Week. Nothing Too major, Just felt tested in my faith to believe in my dreams. Had gotten the Gig of my dreams only to have it fall through.  Like i Said nothing major, its been rescheduled for 3 months from now.

As a musician you get used to picking yourself up , dusting yourself off and truckin on, but  I just got way too excited about this one , made it my birthday party, and therefore fell a little bit harder than the optimist in me usually falls.

Today I'm listing...listing...listing.  Honestly?  It's the job every online seller dislikes.(:  Time consuming and not very satisfying.  I put it off.  But today I must list.  The joke is... if I don't list it...no one can buy it! LOL

I intend to feel joyful while I list and will do whatever I need to make myself comfortable and happy while doing so.

For our meditation this month we have a wonderful Grid of Light. This Grid was offered at the 8/8 Portal Channeling as a gift of thanksgiving for all we receive in togetherness by our own Jim Foster. I hope you enjoy it and share it with your loved…

You are the World's Greatest at what you can do:)

You are Awesome Don't ever Forget it. 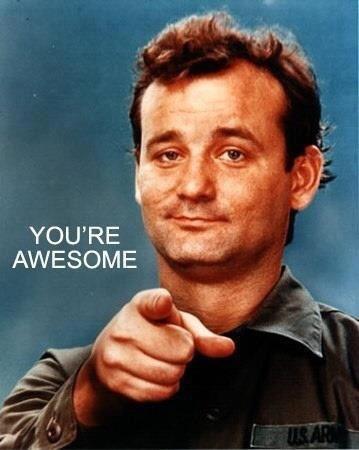 I've had some of the out of vortex conversations with the man I'm dating this week.

I knew i was hormonal and I told him that several times this week but he has continued to press these conversations.

Basically, he's see the world in a very narrow way, black & white. I've tried to explain that there are other ways to viewing particular situations but he refuses my way of thought. He swears he knows about the law of attraction but he doesn't. He's never read the secret or…

At the moment the atmosphere in my home is explosive, because the computer is runnig very low.

So I need to think about, what makes me happy.

Everday I´m happy to stand up early for meditating. After that I feel calm, relaxed, concentrated, centered and ready for the entire day. I love slow mornings, not to rush around. Just smell the tea in my mug, feel the warmth, which runs down my throat and spread out in my body. Besides that I enjoy a light breakfast.

Today I drove my kids to school and went for a run on the school track and this song came to mind. It reminds me of my girlfriend's son who committed suicide on Mother's Day . If I had have know he was hurting this is the message I would have wanted to give him. I felt lead to posted the link to the song on his memorial page better late then never. Maybe it will touch someone who needs this message too.…

The idea for this little game came to me while I was emptying the washing machine.  I'm going to make a game out of taking note where I find money and how much.

8:52 went to pack item for shipping, found hole in bottom.  Couldn't remember if it was there all along or new.  Started freaking out and about to take picture to show buyer, and began discounting item by $10 in my mind.  Then thought better and went back to…

Going Shopping at the Reality "Store"

Very interesting.  Today I feel my energy dropping to a lower vibration.

Could it be the many emotions I shared with my friend Julie?  Could it be the changing of the season into fall, which is always make me a  little melancholy for summer.  Could it be seeing all my once young friends start their journey into elder-hood?  Awwww.  I think that is the one.  How to navigate this new "hood"?

Lets Take A Moment To Be Buddha For A Day.

I noticed that my feelings and behavior have changed over the past couple days.  I feel like my body has done a complete 360. Like it my body and soul feels different than it used to feel.
Recently as well this change has included my body waking up in the middle of the night, or real early in the morning naturally. Then its at these times I feel a sudden urge to write about something, or I get a flood of emotions coming up out of nowhere.
The… Continue

When was the last time I mentioned that I will have a new beginning? Sometime it's hard to describe it in words...but yes, this is it.

Today I got the feeling I´m so restless and rushing from one point to another. Inside of me different emotions are coming up. It´s like that I´m falling apart. For today I planned to do my vision board, which I prepared. I wanted to write affirmations on cards.

But I didn´t have the time. So I have to schedule on tomorrow.

At school the environment got on my nerves. With the dark halls and classrooms it´s so without love. The colour and the life  was missing.

Some years ago it was like a message that came to me, called Equalness And Uniqueness. The thought behind this message is that if more and more people start thinking like this, their will be less and less violence, more peace, more sharing of food and water. More friendlyness, less hate and misunderstanding, more tolerance.

S2 D4 What comes from the heart finds it's way to the heart:)

The boys first day of school for boys done. My eldest came home asking if he could go on a travel trip with school this year to New York City. I said Yes without even thinking. I knew it would be a great experience for him and the money will come if you set the goal.

I received two postcards from a group I am part of called post-crossings this is my link there. http://www.postcrossing.com/user/Shellan I love…

The Universe Giving Signs That We are in the Flow

Running a little late today...  My friend Julie came to stay and has just left.  I love her soooo deeply.  She is my sister-friend and I connect with her in such a deep way.  I have in the past felt great sadness that she didn't live closer to me, but she is on her path and I honor that.  And anyway, we're all one, so how can we be apart?

I took some photos of her modeling some of my items and it will be my pleasure to list a few of them.  It was a lot of fun to…

I am blessed with this place. I now am taking it further, to the "now what" state of mind to propel to a more improved life. No breaks. Getting the ground work covered for work, prepared and eager to work all night the next two nights. #Joy