Was working the last few days and today cleaned my house. I am happily tired. I perused my last blog. Its amazing the influence news has on one's psyche. Also getting older you forget things faster, which can be a blessing and a curse.LOL

I have been really busy the last few days with some social events and work. My hypnosis group got together last Friday for Dinner and the one girl cooked and made the most unbelievable vegetarian meal. What an unbeatable combination of friendship,…

I was so saddened to hear of Dr Dyer's transition to the unknown. He has influenced, inspired, and empowered me in so many ways. My Light shines brighter because of his Light and for this I will always be grateful. This world (dimension?) is a much better place for his having been here.

Achievement #129 - Being there for the kids

I'm not normally good with children, or anyone I can't reason with, for that matter. But I recognize that's something worth improving. Over the weekend I shared a cottage with some young-uns on my girlfriend's side, and I feel I handled the situation pretty well. In particular, I managed to take some pressure off the rest of the family for an hour or so by playing with their 3-year old on the trampoline (don't worry, it has walls!) Another time I calmed down their 1-year old long enough for…

Added by DarknessCannotDriveOutDarkness on August 31, 2015 at 9:52am — 2 Comments

Since today is my 1st day of the 100 day challenge - (I love challenges!)  I am stating I am writing my intention 20 times in my journal as well as visualizing the clear outcome.  Right now the outcome is for the investor to fund the app business so we can continue development.

First steps to new High Levels of Prosperity - a new contract has been confirmed (start date October), and 'bumped into' a second client who also confirmed she would like to start a new contract in a few week's time.

These things happened easily, with no effort on my part. Signs I am on the right track.

I plan to contact a 3rd client next week...so watch this space fellow Co-Creators - we decide how to BE in this world, regardless of what we HAVE or DO!

Heard about the Prosperity book in Season 1 but didn't have enough money to buy it. A good sign is that in this Season I CAN AFFORD it, not only that but I am interested in inviting in Even More Prosperity!

Since my last Blog, and feeling challenged by the lack of work coming in, I have gone Mind Map crazy (great app to use to unmuddle thoughts). I have loads of ideas for new sources of income, and more exciting, I won't be relying on someone else to bring the income in - I am…

Welcome to even more Prosperity! Had a great talk with a co-worker yesterday about being both a follower and a feminist. She explained that it was hard for her to reconcile her belief in equality with ballroom dancing as it's commonly described - as a dance where the follower, usually the woman, is lead around by the leader, usually a man. I explained how it's actually an even partnership: the 'follower' doesn't get to lead, but she does respond and interpret the leader's movement as she likes. She gets the advantage of…

Added by DarknessCannotDriveOutDarkness on August 28, 2015 at 8:06am — No Comments

I am sad today. I listened to the news about the reporter and cameraman being shot on a news assignment. I cried watching the tv, they were someones daughter and someones son and someones soul mate and friend.

The first reaction by many reporters was better gun control.

My first thought is better mental health services.  One authority on tv did validate my reaction.

When I was young there were mental hospitals all over the place. When you were a danger to yourself or…

When we decide to give, we should always give freely, happily, of our time, money, energy.
Its almost day 80. This season is really fast. I am focusing more on what I want to do. I know that I have been doing all sorts of things. I did some teaching, it was fun, and I have a couple of more weeks to do it. It is fun, but its taking a lot of my time. Too much time, so I am not hundred procent with my acting. I am probably going to switch to individual teaching, not teaching groups anymore… Continue

day 30 I don't know how things can get any better than this but I can imagine I'm going even further down the path of my dreams, down the path of peace and contentment. I have learned so much about m…

I don't know how things can get any better than this but I can imagine I'm going even further down the path of my dreams, down the path of peace and contentment. I have learned so much about myself and manifested so many things in this 30 days. It has all unfolded just the right way. First starting with wisdom and peace and then pushing myself out of my comfort zone and I now have a show to look forward to. I have attracted friends back in my life, great times with my kids,…

Yesterday I met a potential contact for a gruelling 3 hour breakfast meeting. The contact knew a lot of potential clients, as well as how to get more involved with various networking opportunities, but he wanted to make sure I was worth investing the time in. I'd never done something like this before, and I was terrified. On the way into the meeting, I did everything I could to calm myself: I put a smile on my face I didn't feel, told myself this was just a meeting, to just relax and get…

Added by DarknessCannotDriveOutDarkness on August 27, 2015 at 6:51am — No Comments

Well I didn't do any clearing today. A bit disappointed in myself. However, my company that I work for PT got bought out by a big conglomerate and I had to do paperwork and take some quizzes so I will still be working. The new company has new rules. I do not do change well!!!! I get nit picky and annoyed and just want things to stay the same, especially when it comes to work. I thought at this age I would not HAVE to work. I enjoy work when it's a choice. But when you need to pay the bills…

Today I went hiking to a lake nearby after yesterday. Today I´m feeling better. I realised that I needed to take a short break. Sitting at the lake I meditate and thank for my life. Out of the distance I could see the things clearer.

In the last time a thought popped up my mind. Often I said: "I cannot do this any longer!" After that another thoughts followed. If I say that often to myself, then "Ok, then I die, if can´t move forward any longer".

After that Do I want to live or…

I have trouble taking breaks. There's a voice in the back of my head that constantly tells me what I 'should' be doing. 'You should be working on the blog! You should go to that party and network!' One of the advantages of not feeling well is you often hurt enough to tell that voice to go stuff it and instead do what you NEED to do for yourself. Like last night for instance, I nearly went out dancing, knowing I wasn't feeling well, AND had an important meeting next morning. Instead I rested…

Added by DarknessCannotDriveOutDarkness on August 26, 2015 at 8:20am — No Comments

Yesterday I woke up tired. I wanted to crawl back into bed and stay there forever. I didn't want to deal with anybody or anyone. Unfortunately, that's really not an option at the beginning of the work week, so dragged myself up and faced the day with a smile. BUT, I did make sure I got plenty of time to myself in between hours, and I didn't let myself feel like I was wasting time, like I have in the past. And the best part was, I felt so much better after a while, I even got some extra work… 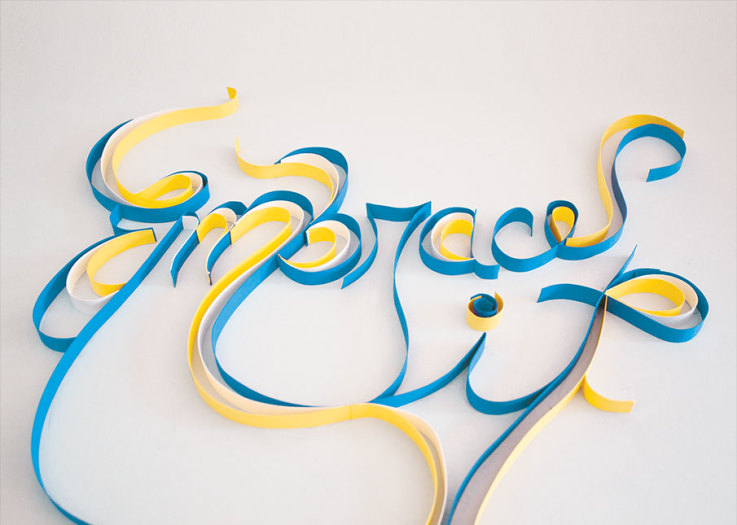 Beside the pleasant emotions I had again a feeling of pressure in my chest, which result from my accident. More and more I learn to manage my emotions better. I see them like guests or clouds, which goes away.

This time I asked: Why I have this weird feeling in my chest? I paid attention to it. The pressure is to change something small to something big. I feel that. It´s ok! I had a hard time behind me. Now better times are ahead. Today I could pack my things into a backpack and…

Spoke with a friend this morning and we were talking about both of us having too much stuff.Seems to sneak up on you.

We decided to check in each week with each other and devote at least one hour a day to decluttering.  I was off today so was able to devote a few hours to organization.

The NW corner of my house is my prosperity corner. I should have taken a before photo. It was so cluttered, what a mess. I moved stuff out of the corner to another room. So my corner is now…

The thing I love most about these challenges is that the deeper and deeper you go, the closer it takes you to the Heart Core.I've been "Living from the Heart" in my daily living and I know I'm on the right path. I have been devotedly nurturing my mind and my body, but there is an aspect of all of this that I've been ignoring and I think it's perhaps because I couldn't quite admit that I was feeling a certain way about certain things.

I have to give Teal Swan the credit for sort of…