A Juicer, A Computer and a House and some Vitamin D too.

I am learning how to Pray. I am learning how to receive. I am Learning how to think and link my emotions and my thoughts together and feel the feeling that it is already finished. It is done. It has happened. So last week I put a juicer in a pile of my magazine articles and my son said the next day, "Mom, I need to buy  you a Juicer", He is so good and I fully believe it is here and no doubt exists. Last night after watching the Gregg Braden Video, I went to bed feeling the feeling of our…

day 23 season 9-we don.t host a blame-party or a pity-party!

in two days i have already written 16 pages on my manuscript for the theatre,

that i mentioned in one of my recent blogs.

interesting was, that i wrote only one page the first day, but my intuition said that

i needed to continue the next day "don.t get fooled by the lazy mind" and today i wrote 15 pages.

it is true that things are happening to us…

Its been an interesting week!  Anywho, I am back online, and have too many stories to relate from the missed days.

I have learned in the last 50 days, to face future forward, keep my eye on the ball, look where I am driving! :)  Every set back, I remind myself of those words, and they help me keep the big picture in mind.

Hope you are all well,

Change is always happening and I still am learning to trust. It can be difficult at times. I have tried to push and manipulate my life into order by effort so I thought it had to be hard. I am learning to let go and only manipulate through my thoughts, intention and action. I have to believe I deserve more so I can serve more. We have to move because our condo is up for sale and we rent. This world puts so many conditions on credit, job, income etc.. When I think about the space that would…

I'll cross the street...I have a dream. 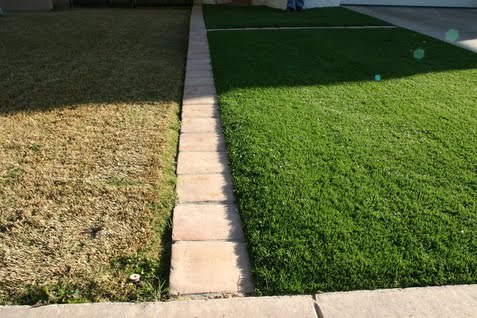 I haven't posted in a looooooooooooooooooong time. But here I am, late in the night, feeling inspired (in-spirit-ed) and in need to write something.

I DO have my goals written. I DO feel like I have written it down since I was twelve. I DO think I write pretty much the same stuff from there to now. I think I'm afraid of failing. I think I…

Shifting Energy from My Heart

I was watching a Greg Braden Seminar and he was going into the head (thinking or thoughts), the emotions (Lower chakras) and feelings that are the two combined in the heart. It was in-depth and fascinating.  So today which I think is day 5 session 2, I was driving with my hubby after work and all of the sudden I felt irritated, depressed, angry all at once. It was starting at work and increased from there. I was aware of my emotions, not so much my thoughts and I was aware it was becoming a…

I want a BIIIIIIGGGG life!

Few mins before this I wrote a really low flying post....while I was adding/deleting, listened to some of my favorite Abrahams Hicks videos. And then decided to come back here, delete everything, write afresh.

Today again, I was given a jerk by one of my very good friends. I won't go into details, but I was reminded of the time when I had promised to love and respect myself. And the understanding that I have gained in the past 5 years: we are always…

Its funny, but going more and more to the basics and fundamentals has probably helped me more than anything else.  I have a friend who conducts a weekly mindfulness class.  Going to the class helped stop me trying so damn hard to visual 'just right' or do technique after technique to change and shape my world.  It, coupled with Joe Vitale's latest online course reminded me the important of dwelling in spirit.  Being in zero as a default.  Not to 'get something' or for ego gains, but as the…

B'shaa Tova (in good and successful hour, blessings on my new journey)

This is my fist post.  I was afraid to start, but I am compelled to direct to myself good fortune and a peaceful mind. I have been plagued with self-doubt all my life, but a few weeks ago my mother passed away and I will use the pain to transcend the negativity of self-doubt and bring good fortune to myself.  I titled this blog Beshaa Tova because this indeed is "in good hour."  This is the hour of my rebirth and my new journey.

I will get things done on time and in good…

On attracting and resisting money and men - part two, Men..It's all been ME! Attracting, pushing away, blaming!LONG

Kinda got an insight this morning.

Ever since the divorce (a year, a month and about two weeks ago today) it looks like I have this CRAZY pattern on attracting men I like (sometimes, I'd like to do it much more frequently!) pushing them away somehow and then in my mind blaming them. (Before anyone says I am trying to move on too soon, I only saw my ex hubby 3 months a year for the last 3 years so it feels like I've been single longer!)

On attracting and resisting money and men - part one, Money

Well, I started a 2nd attract money type hypnosis.  Usually I respond VERY well to them, like I said, but there is the odd one I don't and the other money hypnosis one didn't seem to do much not sure why but that's OK.  With THIS one, however, there HAVE been little things happen!

Firstly I got a deal on some other hypnosis products

So. Ten days have passed since I last was on this website. Whoops!

In the meantime I finally managed to create a good PDF that I now can sell on my website as a first product.

That was hard because the pdf creator programs wanted to add all kinds of information that I didn't want on the PDFs! ARGL.
But now I know a way to only show the bare minimum: pen name, text and title; so I now can publish it and offer it for sale, before rewriting the whole text.

The days have become much harder since I last wrote. I'm told that when "shock" wears off, "acceptance" comes into play, thereby making things more real and in turn, more crying it would seem. What am I doing to try to help myself? I make sure I take my vitamins daily, especially vitamin D to help with mood. I am making sure I am in touch with my 2 sisters every single day for support for me, as well as for them. I've met another new friend! We met up last week,…

Different Vibrational Frequencies In a Marriage or Domestic Partnership

So today started a little bit rough. We have money coming but this week it has been about trusting God to provide on a daily basis. I make a good income, Chuck is working his own business and it has been a little slow lately. He is on a Job right now though. I was thinking about the way we think and vibrate in regards to money. We had different experiences and that has led us to kind of struggle at times because of our beliefs. Chuck grew up in Ohio with 6 sisters and 1 brother. They really…

One thing that is going right in my life is:

I have a good relationship with Jen even though she is far away.

Manifesting Money and a New Place

Day 4 Session two. I really try to keep track of the days, they fly by. Today was just a day where I tried to create peace in the midst of change. The realtor came over and had pics taken of our condo. We rent and the owners are selling. I think it time to move once again. So after making that decision based on what she thought might happen, I set about looking for new places. I am sure we will find something nice and I am trying to think positive. It is a good time because I am in bonus…

day 18 season 9- my life is not standing still and attracting positive!

(remember in last post I mentioned what i had in mind to do?)

So today, I just came home from Sweden. (Sitting in a bus for 20 hours

Staring Down the Demon?

It starts the same way every time. The intention or intentions are set with great thought and care in hopes that the manifestation will be realized to its fullest potential. The "demon"  accompanied by its entourage  lurks in the shadows waiting for just the right moment to strike. The "demon" is procrastination and the motley crew that accompanies him are fear, self-loathing, doubt and lethargy.

Yes, I'm in that negative place this evening as I try to wrap my head…

I received another thing in the mail from that College I was talking about to do a tour of the school. I feel prompting, but I don't know how I'm going to get there. If I'm really meant to go, I know events will happen that will bring me there. I don't feel like I'm meant to go to that college, but I do feel like going there will set off a string of dominoes that aren't in my view that will eventually get me to where I'm supposed to be.

As far as my goals go, I am feeling REALLY good…

Yesterday I actually got some bags together for donations!  Cleared out some clutter.  And I got them donated!