Achievement #8 - Getting to work

It's hard to stay productive on vacation (or am I missing the point?) Nevertheless, I took care of some choreography that badly need attention yesterday, so I can enjoy the next few days stress-free :) Happy New Years everyone!

Started the day with coffee and breakfast, then YOGA, with my new favorite instructor! Such an invigorating, powerful start to my 4 day "stay-cation," (otherwise known as the Christmas miracle of 4 days off in a row!) I went for a short hike in the Wissahickon with my pit bull boyfriend. It was cold, but sunny. There was a lot of bird activity in the woods, which brought me great joy :) It is so rejuvenating to just observe all that is around you--- no thoughts of the past or…

Last night, I tackled a very painful part of my childhood with the help of my g/f Kaitlin. We both believe that finding and overwriting the ‘first cause’ of our distortions allows us to move past them more quickly. I’ve tried this before, but I always held myself back, letting my skepticism stop me. This time, I went all the way through. There were a lot of tears shed, but I came out the end feeling happy, and maybe a little more solid then I was.

Added by DarknessCannotDriveOutDarkness on December 30, 2014 at 2:39pm — No Comments

Dog are really good when you a re sick!

Down side i've been down sick for the last few weeks.  Up side.. my dogs are EXCELLENT CUDDELERS!!!!

Sometimes, the hardest part about creating your reality is knowing when to sit back and let it happen. Celebrated Christmas with my g/f yesterday. In the past, there's been temptation to do as much as possible in the day, combined with a fear that I was not experiencing the day 'to it's fullest.' This time however,I was able to relax and just enjoy the day. One of the best parts was when we just curled up together to the sound of crashing waves on a beach :)

Added by DarknessCannotDriveOutDarkness on December 29, 2014 at 11:13am — No Comments

I been having the best time for the last couple of weeks by enjoying life! I'm very thankful for the people in my life! I had a great relaxing time on my vacation down south. I was blessed with a nice pre Christmas dinner by the fam! I'm also blessed with money blessings coming to me from different avenues! I feel good and energized. I have perfect health and I'm thankful for it every single day! I have the best kids ever! They are doing so good. I'm very blessed!!!

Today I am grateful for the Abundance of the Universe, for my health, for Mom & Dad, Poppy, sunny, mild weather, Satsuma tangerines :), french toast, and the ability to choose happiness.

I am so happy and grateful that money comes to me in increasing quantity, from multiple sources, on a continuous basis. I am grateful for the gift of music and my above average sightreading abilities, which came in handy this morning at my church gig. I am thankful for…

Had a great conversation with my g/f yesterday, about the meaning of life and so on. One of the things that made it great was that I managed to focus and pay greater attention to what was being said, instead of drifting, like I can do if I'm tired. And I was tired for most of yesterday, so glad I could pull it out when it was needed.

Added by DarknessCannotDriveOutDarkness on December 28, 2014 at 11:50am — No Comments

Hello
I hope that you have had nice holidays so far. I am having a really nice time; resting, reading, writing, looking at movies, cooking and baking, working around the house, biking and met one relative. I really need some downtime on my own; to rest after so much physical, mental, organizing and emotional work that acting on stage demands. It's important to rest at least for some days after a premiere , especially because I did a 50min mono comedy! I had all the responsibility on stage… Continue

Merry Christmas!! I slept in because my church gig this AM was a late one: 11:15 AM rehearsal for a 12 noon mass. Nobody gave me the music, so I didn't have anything to prepare. I sightread the tricky mass setting composed by Guerrero pretty darn well, if I do say so myself :)

When I got home from Mass, I took my pit bull boyfriend to Blue Bell Park. The sun actually made an appearance for a bit, but we didn't stay for long, because there were lots of other people with…

Achievement #4 - Being kind to myself

I'm listening to my body more, letting it rest when it needs to. In general, it's created a greater sense of peace and self-awareness. I know it's easier now because of the holidays, but that just makes it a perfect time to start a new positive habit :)

Added by DarknessCannotDriveOutDarkness on December 26, 2014 at 8:22pm — No Comments

Filled with such joy today. I'm enjoying such a lovely holiday season and the culmination of a terrific reality challenge season. I'm listening to Christmas carols and drinking tea, about to go to dinner. Twilight is coming in an it's such a lovely scene outside my window.

I manifested more in this season and in the past six months than ever before and I'm so excited. Life is easy. Blessings come to me every single day. This year, my blessings jar is practically bursting at the seams!…

I've always been a bit slow on reading the non-verbal cues a person sends me, so I practiced paying extra attention to my family at the Christmas party last night. I spotted a few things (including when mom was expecting us to leave). Gradually getting better at this, which will make me a more active listener. Happy Holidays all!

Added by DarknessCannotDriveOutDarkness on December 25, 2014 at 2:07pm — No Comments

I got an e-mail this morning from one of my musical bosses, basically informing me that since I was unable to attend a rehearsal scheduled AT THE LAST-MINUTE (a rehearsal that was not in the original schedule), I was being replaced. I am deeply disappointed in this turn of events, but instead of dwelling on it and being angry, I choose to look at the bright side: I now have three days off in a row next week to dedicate to my yoga practice and spending quality time with my pit…

So, also the last performance for this year went very well. Audience waited outside for me, until I got out. They loved my play and said I was fenomenal.
I was happy that they liked it because I felt really good on stage. Now it is the holidays and I am resting, reading, writing /concluding a new text, which is not so new, I have been writing on it for four years. It s a tragedy.
Wow. I look at this year 2014 and I didnt accomplish that much, but at least
I did realize my first… Continue

As humans, we get grouchy. We says things like, "I…

Lately, I've come to realize there are two facets of me that play out in social interactions. One is a joke-y, quick to respond, but slow to think character, who tends to run things by default. But if I focus in the present and make the interaction important to me, another person appears. This person is a deeper thinker, a more active listener, and he chooses his words carefully. Now that I know he's there, I know he's where I want to go.

Added by DarknessCannotDriveOutDarkness on December 24, 2014 at 10:53am — No Comments

So many wonderful things have happened. I received a 97% on my senior thesis project and my professor wants me to present it at a conference in the spring! I got a fitness article published in a magazine! My boss gave a beautiful cashmere scarf for Christmas! And my candle from Goop came! I had been waiting for it and I'm so excited.

I am grateful for so much. This year has been incredible. I have manifested so many things! This past week I felt so in tune and got so much done in a… 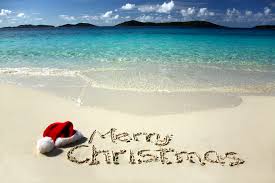 I WISH YOU ALL MERRY X-MAS WITH LOT OF PEACE AND JOY AND A WONDERFUL NEW YEAR 2015 FILLED WITH LOTS OF LOVE; HAPPINESS; PEACE; JOY; MANIFISTATIONS; LUCK; HARMONY: MAY ALL YOUR DREAMS POSITIVELY COME TRUE: