I feel kinda guilty having not posted in so long again. My challenge has had some big obstacles/changes/gifts along the way and January has been liking being inside a washing machine on spin cycle.

Hoping I can post this here and get a little love, support, healing anything that can help calm me or soothe me to be honest.

Well, firstly I think I told you I had some back issues arise in December, unfortunately they did not go away and got worse. I know it is all… 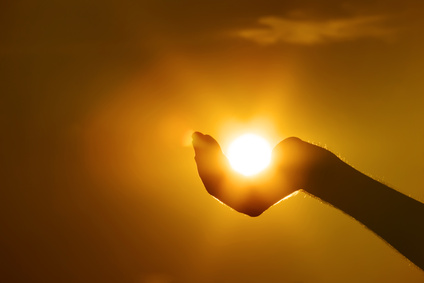 Where did December go? It swooped through and left gifts and then was gone.

Well since my last post, I have decided on New Years eve I will set the intention of releasing Michael in the new year. I may not know how it will happen, or when, but I choose to release…

I wanted to write this when the emotions are still flowing, for my own record and just an intention to the universe, even though I have spoken them out-loud I need to record this.

I have been living with Mike for 9 years now. My Father died 10 years ago on the 1st of December. Mike came into my life a year after and he supported me, empowered me, helped me see myself in a better light. We tried romance, it did not…

Hi all, I did not realise it had been nearly 12 days since I last posted. It appears my hobby has overtaken my writing lately. December is the busiest time for entering competitions and I just got caught up in it, 100s of advents, other Christmas comps etc etc... so my day is pretty full at the moment.

Still exercising, walking is my mode of exercise now, eft daily and doing a house of abundance meditation I downloaded…

Hope to catch up more on the site next week so gotta be quick with todays blog.

I hit the 50,000 mark on writing my nano-wrimo today, so if I was writing a short novel I would have met the challenge, so proud of this.

So, it feels ages since I posted but just have been so busy or not able to write much. What has happened the past 3 days?

Well, first I had some strange stomach wobble one day and I had to lie down a lot, I had one day off from meditation but managed to do Brad Yates 'I feel yucky EFT'. I managed to write on the sofa my novel and so I am well ahead on my nanowrimo challenge. The challenge was to write a 50,000…

Body obviously releasing from all the eft tapping, re-writing my past (accessing new wisdom) through my writing and meditation and yesterday obviously upset something in the body.

So went for coffee this morning, shopping half way through shopping felt like I was going to be sick so rushed home in the best power walk I could do without being sick.…

Today started okay, my aching had substantially released. I had another vivid dream, this time I woke up with wet eyes as I had been crying in the dream. It is a bit vague but recall giving an envelope to someone, the envelope, i think, had photos of me on it, I think my past. I was changing the address label so it was not so formal and more personal and I gave it to someone, no idea who, again vague. Handing it over made me cry.…

So, after a few days of resisting and struggling a bit, after some huge ups and downs I knew I really wanted to let go. Last night I had the most vivid dream, still not totally sure what it means but had some ideas, so…

As some of you know yesterday I had amazing news and then I had it taken back by a company I won then did not win a huge prize from.

I understandably was upset, but today, my body seems to be reacting more than anything to it. My back has been aching, neck aching, head aching, shoulders, hands, elbows... oh my LOL I can sort of laugh at this but I think I have had a delayed grief reaction to 'perceived'…

Day 15 - The Universe Boggles me & Mysterious Ways Evade me but must be a reason! Season 5

I did a power walk around the block, came back to an AMAZING EMAIL!! And then no sooner was it given it was taken away.

Now I remember doing some EFT on that issue of things being given and then taken away so don't think its that issue here.

So to keep a long story short. I, like 1000s of other entered a competition…

Exercised, decided exercise is boring. People were meant to walk, run from tigers and dance. Stretching fine, weights fine if your planning on lifting stuff  hahaha! (joking here!). So gonna stretch and walk and dance like body was created to do.

Started writing down a kinda storyboard for novel so I am going backwards. Well kind of. I realised I…

I won't pretend I am flying high today or leaping about happy. I won't say that everything feels hunkydory, I won't sugar coat how I feel today.

Today, still feeling strange in my energy, still slightly low energy, still sadness coming up, for whatever reason it is, I trust it needs to come up to be released.

My exercise today was walking into town and back. I had a…

Hi Co-Creators, I am a bit slow catching up with everyones blogs and videos but will do, just allowing full energy to return so I can focus more.

This morning I wrote 2222 WORDS exactly, great number, I could not stop laughing when I did the word count for today. Did a little pilates, realised I am at the computer too much and need more active exercise. So I am going to jazz…

Day 11 : Cancelled Pilates Class and Spent a lot of time in bed - Season 5

This morning I was the reluctant writer again but once I got the motion going it just wrote itself. Had a few tears as part of the writing embraced a conversation with my dearly departed Father, it was nice to remember though.

I had a lovely sleep in this morning, 9am, Hurrah! I really needed it. My writing went well today. I was really surprised as I was feeling strange things about my novel as had been thinking over the purpose of it last night. I am continuing to write what needs to be written, not writing to be published. If it is published, wonderful, if it is not that is okay too. I am now understanding my novel is an autobiography/fictional adventure. I am taking myself…

Okay... confession. No exercise today. But I am listening to my body. I had a pretty teary evening last night (hormones super kicked in) when watching Beaches (always good if you need to cry), and then this morning physically just felt exhausted so could not do very much.

Day 8 - Coffee, Cake a Need To Jiggle My Schedule - Season 5

So I celebrated my first 7 days of the nano-wrimo writing challenge with coffee and cake this morning. I was quite good haha, I had cupcake instead of a large chunk of cake but I was not hugely hungry as had just had breakfast.

Just a quick update today, it has absolutely flown by.

Woke up to what I consider great news that Obama was re-elected. Being in the UK I was surprised how happy this made me. The other guy gave me the heeby jeebies for many reasons. So started off well.

Did a wee bit Pilates, starting to really like the way my body is shaping up. Enjoying my curves and my womanly figure. My…

Gratitude, tapping on resentment, being in the flow - Day 6 : Season 5

While yesterday felt more challenging today was brilliant. Last night I allowed my best friend to read my novel so far. He is very honest about writing material so I was shaking in my writers boots a little. He finished reading and told me he loved it and could not wait to see what happened next. I was completely pleasantly surprised.

I realised the self-doubt of yesterday was a blessing not a curse. It made me…