My head has been throbbing off and on all day. I slept until about 9:30am today (another late day in bed): and woke up with this dull headache. I did a couple of things but the headache became more than a dull thud. I took a nap, and ended up sleeping for 3 hours :( When I woke up, I was relieved to feel that the headache did go away. It was gone...until about 1/2 hour ago, when it started up again. I am trying to relax, not stress but it feels like a tension headache going wild…

ALOHA EVERYONE! Happy 1st-Day to all of you who are on Day 1/Season # :))))) What an auspicious day to begin your new season, whether this is your first or another round for you! I wish all of you a wonderful 100-day journey, filled with lots of good things and good learning experiences in store for you.…

I made some shrimp fried rice for my dinner tonight, and am eating what I couldn't fit into my dinner container. SO 'ONO MEA (DELICIOUS!) I am learning to use up my leftovers so that I don't have to waste so much food :) I'm also going to make a sandwich to eat at 2:00pm and eat my dinner during my 8:00pm break. It will give the rice a chance to absorb the sauce that I mixed into it :)))))

THANK YOU, MY HIGHER POWER (GOD) for providing for my family and I!!! Our tummies and…

WOW! Our house was BLESSED today! We got groceries in the house! Through some coordination between me, my dotter, my niece and a friend of theirs we were able to do a big grocery shop, something I haven't been able to do for a LONG TIME. It was a win-win situation for all of us involved. I was able to pick up some staples, some meats and my niece was able to pick something up for her family too. THANK YOU, GOD...and my angels...and my family on the Other Side who is looking after us...and…

It's Day 22 of my season. No job yet. Still got the debts. BUT...I am happy, and thankful, and grateful today. I am at work now, STILL loving my bosses. They're awesome men. I may have a way to not only help someone out, but also to get some help in return. Not entirely kosher, but it will help this other person financialwise and does not hurt anyone else. I will be going to school tonight and then...going home, still being happy, and thankful, and grateful.

So what is new…

I'm so happy that I made it to 21 straight days of blogging! Some of those days I barely made it, but the fact counts that I DID IT! GOOD ON ME!!!

Okay, enough procrastinating for me! I have things that I need to do today...

1-Laundry, at least two loads of it;

3-Clean up the bathroom;

4-Sweep and mop the kitchen floor.

5-Work on my Vision Board.

Nothing much to post here today. I hung out at home with our Princess and didn't do much. Tomorrow I will be very productive :) Have a good evening everyone. I leave you with something very KEWL...

Not everyone has the same understanding of GOD (or a Higher Power). Some don't even believe that GOD exists. I…

My dear Unko passed peacefully at 11:27am this morning, surrounded by the women who deeply loved him: his former wife, Aunty Diane and his two daughters Raelyn and Nadine. He was also surrounded by lots of love and prayers for an easy transition from family around the world.

We love him and will… 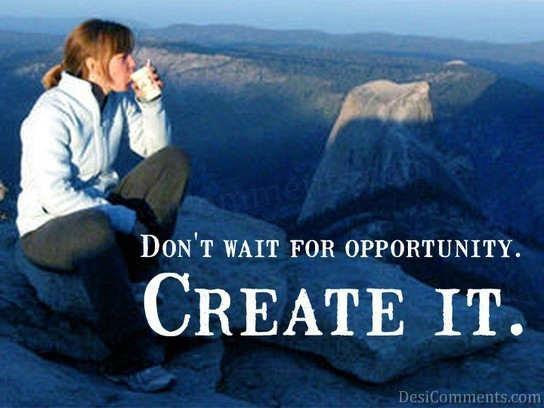 Just HAD to share this with all of you before I get going with my day. I got it from Bob "The Secret" Proctor's "Insight of the Day" subscription:

"You find yourself refreshed by the presence of cheerful people. Why not make an honest effort to confer that pleasure on others? Half the battle is gained if you never allow youself to say anything…

It's another beautiful day in Hawaii Nei. Sure, we have cloud coverage, but that just means that our mountains are so green from all the rains, our water table is filling up (wish I could send some of this rain over to Maui, which really needs it!) and the air feels so good to breathe in. I am truly blessed to live in Hawaii! Even though Oahu (where Honolulu, the capital of Hawaii is located) is so busy,…

From the moment I opened my eyes until now, I've been on the go. I dragged my lazy butt out of bed at 7:00am. Was HOPING to get up by 6:00am to make the BF some coffee. Yesterday was a long day: work, study, school, catch the bus home to hit the bed by 11:30pm which is late for me. Good thing I laid off of the Tylenol PM, or I'd have never been out of bed before 10am...

Hello everyone. It's kind of a 'bleh' day today. I got a call from my parents on the Big Island. My dad's third course of chemotherapy didn't work. The cancer on his duadenum is still there :( So now they're looking at next steps. Him possibly having to go to Texas to a cancer center that his doctor is referring him to. Looking at a cancer research center that showed good results for a calabash cousin of mine. I'm allowing myself to feel a little bit sad right…

Okay, it's time for me to settle down and get serious. Not that I wasn't serious before, about listing my 'to-do' lists (and not quite finishing them on a daily basis) but I think I've figured out one serious manifestation that I will work on during this season:

I manifest a job for myself.…

Aloha :) Just stopped by to say HI. Been cruising with my fam today. It was nice and peaceful. Tomorrow I'll be back to the regular grind. Have a good evening. ALOHA!

I must confess, I was feeling lazy today. I got up at around 8:00am and then had to get ready to go to the library to do some research for my English class. I actually took 4 HOURS to do one simple paper, but most of that time I spent reading and browsing through books. It's been a LONG TIME since I had the pleasure of mindlessly walking through the library, picking up a book that catches my eye and…

I am a total and complete Facebook fan. I am on there at least 3-5 times a day, reading my news feeds, "talking story" with fam and friends and most of all, playing the game apps. My favorites are the ZyngaVille family of games, such as FarmVille, CityVille (and, although it's not a Ville, I love Empires & Allies!) So, I was thinking...why don't I create my own game app and call it…

I DID IT!!! I was able to stick with this, on a consistent basis, for more than 1 week! Hooray for me *pats on my shoulder*. I am not a very good, consistent blogger so this is a major feat :)

OKAY, MOVING ON TO TODAY'S INTENTIONS:…