Sandy Grason, Laura Duksta and Lilou Mace have created this community in 2005.
Click here to read about the beginnings.

Our mission is to educate, entertain and transform the world.
CCOR is now a worldwide experiment and movement!

Here is some information about us. Lilou Macé is a French-American author, webTV host and international Internet video blogger since 2005 with over 30-million video views on youtube and the co-founder of an global Internet community, The 100-Day Reality Challenge www.CoCreatingOurReality.com.

Lilou is also an international speaker. She recently spoke about the power of active co-creation in the world at a TEDx event in France in Octobre 2013. To watch her TEDx talk in French, subtitled in english (turn Caption ON video), click here.

Lilou is now travelling around the world interviewing people to offer free online everyday inspiration on the Juicy Living Tour. www.JuicyLivingTour.com. The tour is supported via donations.

In April 2009 she self-published 'I Lost My Job and I Liked It: 30-Day Law-of-Attraction Diary of a Dream Job Seeker' after loosing her job on the 16th of February 2009, as Internet Marketing Director, in London, England.

Lilou’s Youtube videos (over 2,000 videos) document her participation in life on her world tour of interviews called the Juicy Living Tour and the 100-Day Reality Challenge, as well as features world famous authors, speakers, artists, entrepreneurs that Lilou qualifies as 'Juicy'. These guests presents their thoughts and message in a fun, educational and inspiring format.

Lilou has recorded several daily law-of-attraction visualization mp3s to “help people attract their dream jobs; restore their natural weight, set daily intentions and shift their moods”. Her “gentle yet powerful visualizations” are one of the daily practices Lilou uses in her life “to manifest her dreams”. The tracks were recorded and commercialised in 2009 as “Law-of-Attraction Visualizations and Meditations”. Other practices of Lilou’s include creating vision boards, video-blogging, participating in the 100 Day Reality Challenge, masterminding, journaling, “being grateful and taking 100% responsibility in her life”. 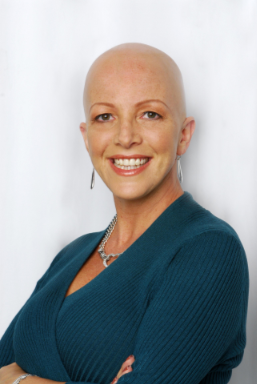 The first thing most people notice about Laura is her head. At the age of 11, she lost all of her hair to a 'dis-ease' called Alopecia Areata. Besides having no hair, she is perfectly healthy. This is a condition that affects about 5 million people in America and 1.7 percent of the total population. It's not been an easy journey, though it's one that she is eternally grateful for.

Laura believes that “our biggest challenges will become our biggest blessings when we are willing to look for the gifts they bring.”

Laura formed her company I Shine Inc. in 2001; its mission is to generate the conversation of love around the world through speaking, TV, film and the web. Her first book, I Love You More, originally self-published sold over 179,000 copies. Since teaming up with Sourcebooks their numbers are now soaring to over 225,000 copies.

She has been featured in magazines and newspapers across the country including USA Today, Writer Magazine, EPregnancy, Pregnancy Magazines Buyer’s Guide and was selected as 1 of 10 people under the age of 40 making a difference in South Florida by Boca Magazine. Her book has been endorsed by several world renowned teachers including Wayne Dyer, Mark Victor Hansen, Jack Canfield, John Demartini and Alan Cohen. 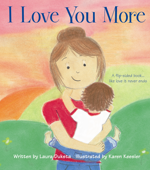 Laura has created a program entitled “Self-Esteem through Love-Empowering our Children to Shine!” that she shares with students, parents and educators. She speaks to aspiring authors and self-publishers as well as management teams and marketers. She has spoken at functions for Juvenile Diabetes Foundation, the National Association of Women Writers, Gilda’s Club, Joe DiMaggio and Chris Everett Children’s Hospitals, Delta Airlines, New School Xango Event, The Learning Annex, as well as many others, including dozens of schools nationwide.

One of Laura’s intentions for Co-Creating Our Reality is to get the whole world talking, so that it will soon occur stranger to ignore one of our brothers or sisters than to speak to one another-connecting her global family both in cyberspace and in person. Imagine walking down a street, getting into an elevator or riding on a train and having it be “normal” or expected to have a conversation with anyone that’s around you?!

There is nothing Laura enjoys more than sharing her story so that it might inspire others to know that through the power of love anything is possible. www.LauraDuksta.com

CEO of Sandy Grason Unlimited, a company dedicated to supporting women in creating an opulent lifestyle that feeds the soul. She is the creator of numerous successful programs such as; The Fabulous Formula, The Manifesting Formula, Rock Star Marketing Secrets and Secrets of Fabulous Celebrity Endorsements.

Sandy has shared the stage with many celebrity authors including; Rosie O’Donnell, Marianne Williamson, David Bach and Mark Victor Hansen on stages around the world. Her work is endorsed by Deepak Chopra, Louise Hay, John Gray and thousands of individuals whose lives have been transformed through her books, workshops, interviews and live performances.

Sandy has been featured in The Chicago Tribune, The Palm Beach Post, Body + Soul Magazine, Woman’s Day, Ocean Drive Magazine and many more.


Press Inquiries…
The founders and participants of The 100 Day Reality Challenge are available for TV, Radio and Print interviews. Please email info@CoCreatingOurReality.com

I have to different pages, when I went to sign up I had sign up Addie L. Snead and that is my second season, now that my email address a changes I am still on that old email address how can you help me.

Comment by Shirah Penn on January 9, 2011 at 2:12pm
I am so happy to be back! I have been busy creating Enlightened People Workshops. I now belong to Women Helping Women Learn and Women's Prosperity Network. I love working with women and men on creating fabulous and fulfilling lives. I love meeting new people all the time. This is one of my very favorinte sites.

Comment by Kat Clayton on April 4, 2010 at 9:23am
This is day two for me. I am actually doing the Change Your Life Challenge in conjunction with this to get my life back on track and to get over the plateau that I have hit in every area of my life. I can't wait to see what day 70 is going to look like.

Comment by DeBorah Ann Palmer on January 1, 2010 at 2:34am
I Love the idea of Team Work and Collaboration in action. We are all Interdependent on one another. With faith, hard work and encouragement we can all realize our dreams and the desires of our Hearts! God Bless.

Comment by Mubarak nayng on November 16, 2009 at 7:54pm
wassup everyone!! i just want to thank these great ladies for doing such an amazing job and leading by example. i'm just starting out today and i'm super excited for the future!!!!

Comment by Dana Cousteau on August 17, 2009 at 1:28pm
I agree, this is going to be an amazing journey! This came along just when I needed it! Thank you! This is going to help me as well as many, many others.