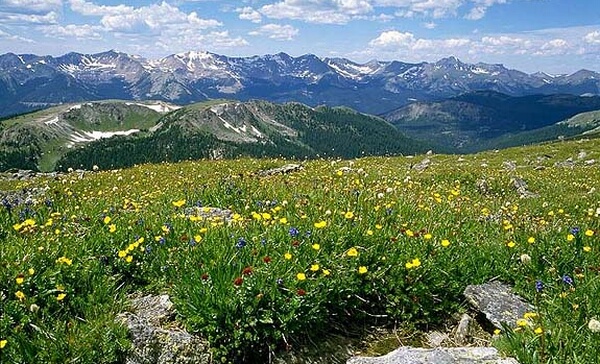 I spent the early hours this morning chanting and making offerings for my ancestors.

While I was doing this I realized that I am still not really happy. I am generally happy but not happy in the way that I should be. My finances are still out of alignment and I have had 2 days of negative 'worrysome' thoughts. I marked an X over those days on the calendar and then wrote 'cancel' over the days to ensure that they were not thought over again.

While I was chanting I looked up and saw 3 large magnificent deer watching me. They each took turns looking right at me. They were young does and I have not seen the little spotted fawn in over 3 weeks now. I hope no harm has come to him.

I made a deer feeder and feed them corn and sweet feed all through the winter and try to shelter them as best as I can from the local hunters. I have already heard a lot of shooting and have decided this year to pay it forward and nail up signs on all nearby trees to hopefully steer them away from hunting in the large wooded area behind our place.

On the negative days I started doubting myself saying things like "I cannot afford this place" even though it is where I have always wanted to be. I have 5 acres in Colorado and caught myself saying "well if we move there we won't have that $500 a month payment every month because it is paid for already." and all we would need to do is buy a camper large enough to house us safely through the winter months because it gets pretty cold there come winter. In fact, I have spent the last four days thinking of nothing but this. Each month we barely scrape by to make that $500 payment. I asked the clouds "What if I did give all of this up?" would there be something better suited for me out there? I don't know what to do.

I know this, I have already began packing some of our stuff and I am in the 90% ratio of it being a done deal. At $500 per month doing it all by myself, it would take me another 35 years to pay for this place and as beautiful as it is I can buy a camper and pay no rent and only have to pay for internet, food, and energy/gas/propane to live comfortablly.
I have even been looking through the classifieds for a tow behind camper large enough to hold us all.

Here I can't save up money because it all goes to the house payment.

I even called the guy we are getting it from and told him that he may need to start looking for new buyers because I have already paid him around $12,000 and have nothing to show for it. I really thought rent to own would be more fun but it is not, it is even more turmoil.

So I prayed and chanted, chanted and prayed hoping for the opportunity to make good judgements which-ever way that I go.

I originally bought the five acres of Colorado property in 2002 under the agreement that I would move there and start my animal rescue organization. And I became selfish when I moved here and lost track of that goal. The seller of that property was getting a divorce and wished to take her dog kennel there but she was forced to sell it or give it up in the divorce which she wouldn't do so I was lucky enough to buy it since I had animals too so she felt relieved..
And there is a certain satisfaction in knowing that nobody can ever take it away from us because it is ours!

You must decide which way you're going from where you are right now,
and try not to rationalize it with your mind.

You don't know if it will take you 35 years to pay for the place,
maybe you receive lots of money in a couple of years and you can pay it all at once, anything is possible.

Just make the choice that feels best to you, if you don't know what 2 do, you wait, there is no such thing as a missed opportunity or a wrong decision, because the Universe will always guide you to what you want, from where you are at that moment.

I wish you Peace beyond all Understanding - Nikola

Comment by LyzByth on October 27, 2008 at 4:58am
Greetings Eva:
Don't do anything rash right now... many people are in the same boat as you know . 500 isn't all that much to pay for beautiful wooded land in Colorado ( with deer!). My morgage in the house I have live in right now was 1500 for a 3/2 on 1/3 acre. I know Calif. prices are crazy ... but don't give up yet. When I was much younger I lived in a travel trailer with my husband while attending college in LA. it might save you some money but it will be cramped. You will still be paying money out to rent a spot to put that trailer and you probably be making payments on the trailer you purchase. Right now you have space for yourself and family and a wonderful environ around you. See what can be done to send more $ to your family.
LizBeth