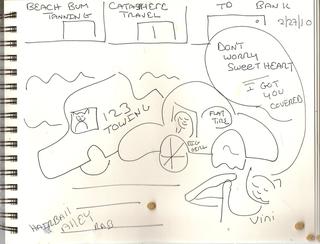 A while back, a friend of mine (co-worker), told me about a prayer for the Parking God – or Higher Power or what ever you are comfortable with…but who ever is in charge of parking needed a talking to, in my behalf.

And for a while, since I started invoking the recommended prayer – or closest facsimile there of – I put an Abraham Spin on my prayer and I even wrote a poem – rhymed parking meter with quarters to feed’er – In any case…I’ve been getting great results.

First, I started getting parking spots on the block of my apartment building. Then I started getting spots on the right side of the street, or remembering when Ash Wed was, or getting a spot on the right side, right in front of the house, when I had groceries. My favorite is the string of meters that have been on fail fro the last two weeks. Right in front of my store! Helps during a blizzard.

There is something I’m leaving out- probably due to embarrassment. I lost the key to the garage, AGAIN! I’ve been too lazy and cheap to get another, because I don’t mind parking on the street. I also hate my spot in the garage. It took out my bumper – well I’m blaming the pole.

I know I should ask for a closer spot, but the truth is, I rather just let the occasional transient who needs a spot – give me the $$ and park there. I always find a street spot, and I like the extra $$

That being said, I’ve had some car related setbacks. Spots that were hard to get out of…Geraldo My Doorman helped me.

A dead battery – but that WAS probably my fault. Anyway…that was when I was parking inside. That was a whole ordeal in itself

But during that incident , I managed to make a friend out of the tow-truck guy, which came in handy today. – Also sold a sofa to the guy who parked next to me –although that did not have the greatest ending.

OK back to the car in it’s current crazy mode.

The owner of a Gray Chevy must be so happy…wonder what God he prayed to?

As a matter of fact several people have helped me get out of some pretty slippery spots the last couple weeks – but none of these guys noticed the nail that was in the rear tire on the driver’s side. That happened this morning, after I finally pulled the right car- my green Honda - onto Jewel Avenue. I was on my way to pick up Cat Food, and see my mother.

I rolled down the window and asked a passerby if my rear tire was flat. “Like a pancake” lady, he shrugged, and moved on.

Well I pulled over my car to a – you guessed it a primo spot on Queens Blvd. Parking God – St. Mercedes still doing her thing. Two blocks from my house. Called the triple AAA and let The Universe deal.

First good sign – even though I used up all my roadside visits – They gave me a complimentary one, for being a good customer. And I was going to pay…I didn’t even complain, when they told me there might be a fee…. Well The Universe handed me a freebie…one after the other.

Anyway- the same tow driver from the dead battery event was dispatched today to help me locate and then change the tire. Sorry girls and boys – I’m 58 – and it was sleazy, or do I mean sleety out there? I’m not changing anything except perhaps, my outfit, when it comes to car stuff!

Somehow, I knew I had a donut in the lower compartment in the trunk- but I knew I couldn’t get it out without help.

This guy, Vini just smiled, as we transferred the 20 pairs of shoes, that I keep in the trunk. He won a 12 pack of Pepsi – also in the back of my trunk. The Diet Pepsi exploded one morning, what with temperature drops – well ok -only one can- but that made me wary - I’ve been bring free soda cans to people who are worthy, for quite sometime. But the 12 pack has been sitting there, and I was about to leave it on the side of the road, when Vini showed up in the 123 Tow.

Anyway – lucky for Vini- I had cashed my check this morning – I’m usually on the verge of broke- but not this morning. So I got to tip Vini, for today, and the other times, tooJ Not just soda!

Then I went over to a local gas station with the Donut and let the guy fix the tire. He told me, I didn’t need a new one – I don’t understand the logic behind that – don’t bother – I think of tires like panty hose – one run and you can fix it with nail polish – but I’d rather buy a new pair. It feels and looks better:0

Maybe he didn’t have new tire there? I don’t know- I’m in sales – I don’t take more money that I have to, but if I see some one ready and willing, I say sure. So, Kamal fixed the tire, while I went shopping across the street at Trader Joe and Michaels. Cat Food and Teriyaki Chicken for The Big Girl.

Well, like I said, I did cash that paycheck. The M-Cats have enough food for the next Blizzard, that’s for sure

As for the car, I found a spot, right in front of the building, despite the mountains of snow that still dot the street. By tomorrow, they should all wash away. And the gentleman in front of me – turns out he just moved in to the building and he’s looking for an indoor spot … I have the perfect spot, just for him! 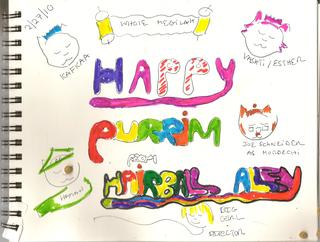 And found another legal parking spot in front of the building.