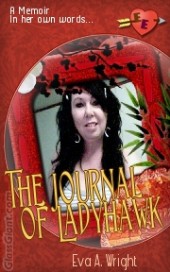 The Season 6 was riddled with health problems but when you have a problem that means that there is also a way to solve the problem and that is what I have been working on! I am so grateful for a book I have found to help with my Chronic Neutropenia! I haven't been sick in bed in over four months now! So yea I am making progress!
The book is about Traditional Chinese Medicine and it really has been a life saver for me.

What a lovely Morning it is today. I love days that are filled with sweet smells and sunshine.

Sorry I haven't been here in a while. Been busy trying to get manuscripts into some order. Have the ISBN number on one of them so I am clearly making progress. And instead of trying to suffer it out being with friends that don't do any co-creating I have found it better to submerge myself with teachers and other inspiring people.
this has done wonders for me as far as getting things done. I have a new will to accomplish things and the motivation to get things done.. I can't wait to buy a copy of Lilou's book! Friends should support one another in their endeavors. That's why I love this website so much. I saw that ning is going to start charging so I hope this is one of the sites that manages to stick around after the migration begins! We NEED this place!

Flipping through some old poems of my Mother's. Who reminds me sometimes of a Mocking Bird the
way she
used to sing and the way she used to watch over me. And much like the bird she moved South to avoid the harsh Winter's due
to my frequent nose bleeds from allergies. Just thought I'd put that
stuff out there for filler.

Maybe this is why as an adult I enjoy Ornithology so much? Nah seriously, I love birds.
And I do appreciate and thrive well on my bird diet of fruits and berries.
And it reminds me of the song that she used to sing to me " Hush little
baby, don't say a word,
Mama's gonna buy you a mockingbird. And if that mockingbird don't sing, Mama's gonna buy you a diamond ring."

Yea, well what can I say, Tennessee women are notoriously eccentric. And
don't you forget it! I wasn't born a natural jabberwoky, that talent
developed when I moved almost a thousand miles away from home and didn't
make any friends right away. So I had to develop the habit from talking
through my blog.

This morning early I went for a small walk and ran into the baby deer. This year we are blessed with a Buck. He already
has the soft fuzz of youth sprawled about his small antlers. He likes
to come in the Evening time and eat the corn and sweet feed mixture that
I place out of them in the blanket of lush green blanket of grass and
clover toward the back. Usually as I walk back to the house I am
bombarded by butterflies not paying attention to where they are flying
and bump into me repeatedly. I am so big compared to their smallness
that it seems like they don't hardly see me at all. Almost as if I am a
figment of their imagination or something. I guess I don't fit in to
their version of reality. Much like a ghost.

Usually in the mornings there is a dense fog that gave Tennessee the name The Great
Smokey Mountains. It actually isn't smoke at all or smog but a thick fog
that when mixed with the moisture of the dew on the damp ground creates
a sort of haze. Totally unrelated in comparison to smog, which is drier
in nature.

I love it here. with all of the twisting and winding roads and the trees that cover the path like a Seasonal green canopy.
This place is where I am truly myself and at peace. Sometimes you can
spend your whole life looking for a place that feels like home and this
is one of those places. Once you arrive here you never want to leave.
And when I die it will be fine if you just scatter my ashes in the back
yard because that's how much I love it here. The water, as with the
Ocean, evokes something almost primal inside of me. What is it that
makes me love it so and always want to be in the water, like a true
Aquarian.

A few night's ago I woke to a suffocating feeling, the same one I have gotten at night, almost every night since my accident
back in 2005. I wake up almost screaming with a smothered feeling, like
someone is trying to murder me in my sleep. Gad. Don't you hate it when
that happens? My body gets stiff and weak.
My heart beats fast and defensive like a birds after chasing a hawk away from its nest. My first
Doctor after the accident called this Post Traumatic Stress Disorder.
And aside from a nerve pill he never told me how to fix it. I guess
there is no real way to fix it. Who knows.

Where was I before I started rambling on there? Ah yes. I love nature and being outside with
the animals. I have adopted all sorts of little creatures since being
here. And the Persimmon trees are almost ripe, as well as the five acres
of Blackberries we will need to pick in several more weeks.

A few hours later we are on our way in the Minivan to pick up fish food
for the Algae eater. Hmm. I sort of imagined that they would eat the
stuff at the bottom of the tank but not this one. He is spoiled through
and through. While there I pick up a few pounds of Cherries ripe from
Washington. Which probably won't last more than a few days the way my
Daughter and I love to eat them so much.

Now that it is late Spring-Early Summer there is Corn on the stalks, almost ready to be
picked and the hay is being bailed this week. Want to see a sight? Come
to Tennessee during this week and look at all of the half dressed/
shirtless men loading those bales of hay. I promise you as a woman you
haven't seen anything that rivals it! myself this year I planted
Eggplants and Tomatoes. Sometimes I do wonder why I still try to keep a
garden with a pinched nerve in my back, because it hurts like hell to
try to bend over to weed and what not out there. In the garden at Sunset
I notice my shadow and how large it is in silhouette compared to my
physical person. I make shadow shapes with my hands and the Onions and
Eggplants are impressed because I have entertained them for a few
minutes. But secretly behind my back they might be laughing at me
instead of with me but they are nice to me because they know one day I
can pick them and eat them all.

Today there is a clear blue sky, which doesn't happen very often here so that means we should have a
crystal clear internet connection. (usually).
But I am keeping my finger's crossed for good measures.

Following the path that I laid out before me this week I plan on working on the Manuscript this
week as well as importing it back into Open Office. As well as
downloading the works of William Shakespeare for my Daughter's 4th Grade
Teachings this upcoming School Year. I downloaded Shakespeare for
slackers so far because at Eight years old I doubt she would enjoy
hearing about it in the Old English that it has been written in, let
alone trying to understand it all.

I feel uninhibited right now. the kind of feeling makes me want to cook Stuffed Peppers for dinner or
something else that requires prep work. If I manage to not burn the
house down in the process. I am also craving Chocolate, which is common
for me around the 15th or just thereafter of the Month. Seriously
though, Is there anything better than Ghirardelli Chocolate? I don't
think so. It is the purest of basic needs for a woman. If a man brings
you Chocolates then he is most generous. Not having Ovaries hasn't
changed this fact one bit. Especially if it is good Chocolate and not
just the front check out counter kind.


Well, for now my Soul Donkey is tired and I am going to take a vow of silence. Which is also
rare for me.